Sidhu is more in love with Pakistan than India and is behaving like a Pakistan agency in Punjab, says BJP. 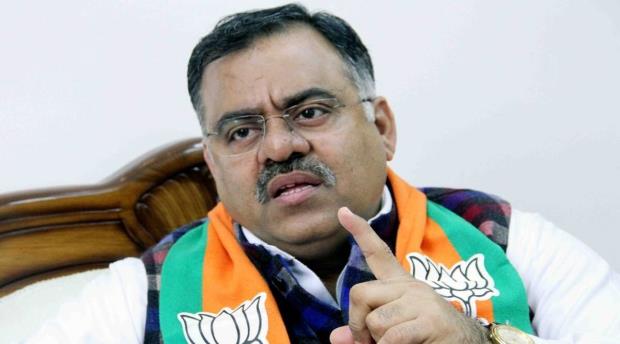 In a statement, Chugh said it was most unfortunate for Punjab and the country that Sidhu, while in Pakistan has no words of praise for his motherland but instead is singing praise for the Pakistan Prime Minister who has been sending drones and tiffin bombs to Punjab.

Chugh said it explained in detail that Sidhu is more in love with Pakistan than India and is behaving like a Pakistan agency in Punjab here.

Chugh demanded AICC president Sonia Gandhi and Rahul Gandhi to explain their party's stand on Pakistan. Chugh said that it is grossly condemnable and reprehensible that on the one hand, Pakistan has been killing our jawans on the border, on the other hand, the Congress leaders have been singing praise for the Pakistan prime minister.

Chugh said Sidhu had gone to Karatarpur Sahib for paying his respect to Guru Nanak Dev ji, but he has politicised his visit to Pakistan by explaining his dubious relations with the Pakistan Prime Minister.

"The Congress stands exposed for its anti-national designs even when Punjab as a border state has been struggling to defeat the nefarious plots of Pakistan", Chugh added.