MIT’s 1972 theory on ‘collapse of human society’ may become reality, says a new study conducted by a researcher at KPMG International. 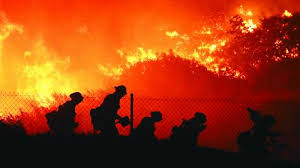 According to the latest review of MIT 1970s research, human society would collapse in the next two decades.

A 1972 study by the Massachusetts Institute of Technology (MIT) stated that “the human society is on the verge of collapsing in the next two decades,” is in the news again after fresh research stated that the study may become a reality.

The new study is conducted by Gaya Herrington, a researcher at KPMG International. Gaya worked on the research to prove or disapprove the MIT’s study. She mainly worked on 10 key variables: population, industrial output, population, fertility rate, food production, etc. The research by Gaya is published on the official website of KPMG and many media websites like Vice, The Daily Mail and Livescience.

Herrington has concluded the study with the fact that the world could collapse by 2040. She stated, “Total societal collapse by 2040.” The data from Gaya’s study is similar to the original study in two aspects – Comprehensive Technology (CT) and Business-as-usual (BAU2).

According to the report published by Vice.com, several researchers teamed up in 1972 to find out the civilization collapse. It was then concluded that due to extreme exploitation of planetary resources the world would collapse in the twenty-first century.

The researchers concluded their report according to 12 scenarios and major of them implemented the fact that natural resources would end and further expansion would not be possible and personal welfare would drop. The study was published in the best-selling book “The Limit to Expansion.”