NASA has predicted that these solar winds would be moving at a speed of one million miles per hour. 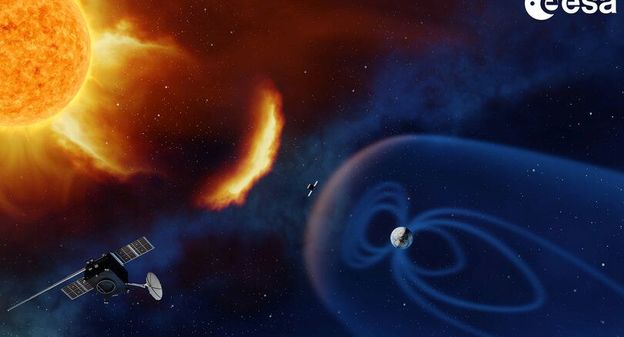 It is expected that the solar winds, which are traveling at speed of million miles per hour, would hit the Earth this weekend which would result in the geomagnetic storm above the planet.

Space weather forecasters have warned that a stream of charged particles from the Sun has been coming toward the Earth, which is expected to reach our planet between Sunday and Monday (July 11 and July 12). These solar winds are heading toward our planet because a hole has opened up in the Sun’s atmosphere.

Also Read: Know what’s Kappa Covid Variant and how dangerous is it?

According to the space weather forecasting website – SpaceWeather.com, this stream of charged particles may form solar winds in the Earth’s magnetosphere (region dominated by Earth’s magnetic field).

The US space agency NASA has said that the expected speed of these solar winds can be one million miles per hour and can move at a faster speed as well.

The solar winds hailing from the Sun’s inner atmosphere can mingle up with the Earth’s magnetic field and can result in a number of phenomena. It is expected that the people living in the northern and southern latitudes would witness a beautiful aurora at night. There would be colorful aurora effects around the poles of the planet – Aurora Australis in the south and Aurora Borealis in the north.

The strong winds from the sun can cause geomagnetic or solar storms, which may disrupt satellite operations, affect radio communications and may even cause power outages.

Solar storms are briefly explained by Nicky Fox, Director of the Heliophysics Science Division in NASA. She said, “As the wind flows toward Earth, it carries with it the Sun’s magnetic field. It moves very fast, the smacks right into Earth's magnetic field. The blow causes a shock to our magnetic protection, which can result in turbulence.”

Previously as well the planet has witnessed solar storms which have plunged parts of the Earth into chaos. In March 1989, a solar storm caused a nine-hour blackout Hydro-Quebecs electricity transmission system in Canada.