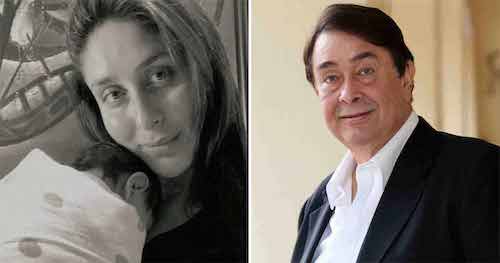 Since it was revealed yesterday that Kareena Kapoor Khan and Saif Ali Khan's second child got his name, all eyes have been on the famous couple for confirmation. However, it turns out that Grandpa Randhir Kapoor has taken the spotlight from the two. The news has been confirmed by the legendary actor.

On February 21, 2021, Saif Ali Khan and Kareena Kapoor Khan welcomed their second child after Taimur. Unlike their first wedding, the star couple kept it low-key and kept the new munchkin out of the spotlight. We haven't seen much of the new member since his birth almost six months ago, in contrast to Taimur, who was all over the Internet within weeks of his birth. And now we've heard that the baby's name is Jeh, and Grandpa is here to confirm.

It was reported yesterday that Kareena Kapoor Khan and Saif Ali Khan nicknamed their second child Jeh and are undecided of his formal name. Even  Mansoor was named after his late grandfather, cricket star Mansoor Ali Khan Pataudi. Now it appears that they have stuck with Jeh, with Randhir Kapoor confirming that, "Yes, Kareena and Saif's youngest boy has been called Jeh”. He also said that the family had only decided the name few weeks ago. “We finished it about a week ago,” he remarked.
Also Read: Saif Ali Khan in Controversy again; Netizens Ask, “Why Hindu Saints In Background?” after ‘Bhoot Police’ poster revealed 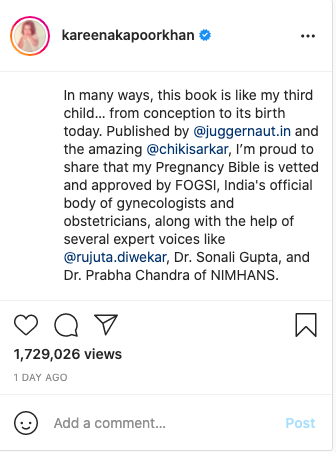 She wrote, “This has been quite the journey… both my pregnancies and writing my Pregnancy Bible. There were good days and bad days; some days I was raring to go to work and others where I struggled to get out of bed. This book is a very personal account of what I experienced both physically and emotionally through both my pregnancies.”

“In many ways, this book is like my third child… from conception to its birth today. Published by @juggernaut.in and the amazing @chikisarkar, I’m proud to share that my Pregnancy Bible is vetted and approved by FOGSI, India’s official body of gynecologists and obstetricians, along with the help of several expert voices like @rujuta.diwekar, Dr. Sonali Gupta, and Dr. Prabha Chandra of NIMHANS. I’m both excited and nervous to share this with you,” Kareena Kapoor Khan concluded.