“At least Sonia Gandhi accepted that the Punjab Congress was guilty, but is the family trying to get away with it by blaming the pawn i.e Punjab Congress?” said BJP leader Smriti Z Irani. 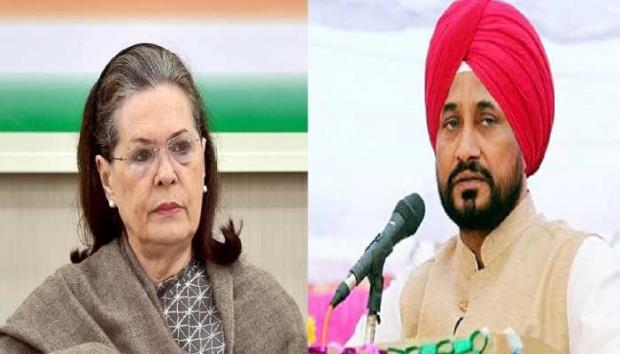 Just a day after the security lapse of Prime Minister Narendra Modi's convoy in Punjab, the Congress high command has spoken to Chief Minister Charanjit Singh Channi. Congress interim president Sonia Gandhi has taken detailed information about this matter from Channi and told them that Mr Modi is the Prime Minister of the country, and his security must be the utmost priority. Sonia further ordered CM Channi to take action against those who are responsible for this matter.
Following these instructions, Union Minister Smriti Irani said that at least Sonia Gandhi accepted the mistake of the Punjab government. She was quoted saying, “At least Sonia Gandhi accepted that the Punjab Congress was guilty, but is the family trying to get away with it by blaming the pawn i.e Punjab Congress?”
Also Read: Centre may use SPG Act against Punjab Police, summon them to Delhi
Punjab CM responded to Ms Sonia and assured her that the Punjab government will conduct a proper investigation in the matter. He further said that an inquiry committee of retired Justice Mehtab Singh Gill and State Home Secretary Anurag Verma has been established and the government has ordered the committee to submit its final report within 3 days. He added that strict action will be taken against the ones, who are responsible.
He has also addressed a press conference earlier and Channi has refuted all the allegations and blamed it all on the “change of plans.” CM Channi said, “There was no security lapse. The road plans for the Prime Minister were made at the last minute. He was scheduled to fly out in a helicopter. I stayed up late last night arranging security for his rally.”
Also Read: ‘Life threat’ gimmick of PM aimed at toppling democratically elected government in Punjab- says CM
However, BJP’s Punjab chief Ashwani Sharma has said CM Channi “mastermind” of the whole matter and also raised a question on the committee formed by Punjab CM. He said, “This committee formed by the Chief Minister will never be able to find out anything because he himself is the ringleader of this conspiracy”.