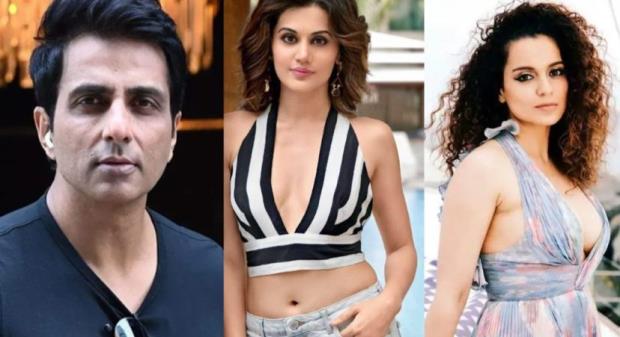 Prime Minister Narendra Modi on Friday addressed the nation at 9 am. The announcement came on the Gurupurab/Prakash Utsav festival, when Sikhism founder Guru Nanak's birthday is celebrated in the country.

Taapsee Pannu to Richa Chadha, many Bollywood celebrities had supported the farmers' protest. Today, the Badla actress was among the first to hail PM Modi's decision to withdraw the laws. She also took this as an opportunity to wish everyone on Gurunanak Jayanti. Sharing the news of PM Modi withdrawing farm laws, she wrote, "Also.. Gurpurab diyaan sab nu vadhaiyaan (sic)," with a folded hand emoji. 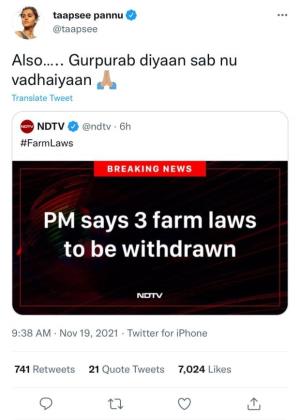 "This is a wonderful news! Thank you, @narendramodi ji, @PMOIndia , for taking back the farm laws. Thank you, farmers, for raising just demands through peaceful protests. Hope you will happily return to be with your families on the Parkash Purab of Sri Guru Nanak Dev Ji today (sic)," actor Sonu Sood tweeted. 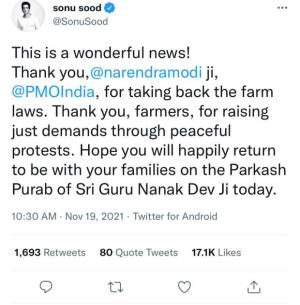 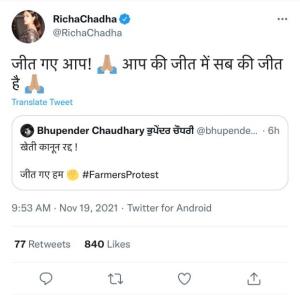 In a series of tweets, Gul Panag added, “Grateful to @narendramodi for repealing the Farm Laws, finally. I wish we didn’t have to let the impasse last this long, cause so many lives to be lost. And demonise, debase, delegitimise the Farm Protest and the protestors. #Farmlawsrepealed. Let this be a lesson for future Governments to find the means & the will, to engage with all stake holders when bringing about reform. And also a lesson for law makers -that legislative procedure can’t be circumvented by passing laws in minutes, without discussion & debate. And no,farmers are NOT going to forget (or forgive) being called hooligans, ‘mawaalis’ anti nationals , terrorists, goons. Remember that. They have, through their grit & perseverance, forced the hand of this Government, that doesn’t back down, on anything. #Farmlawsrepealed.” 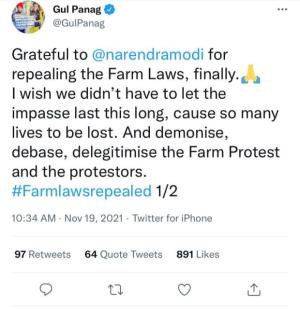 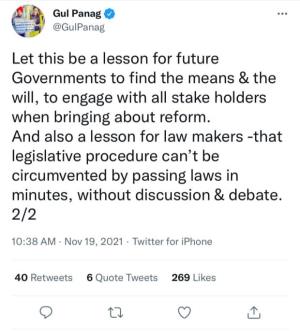 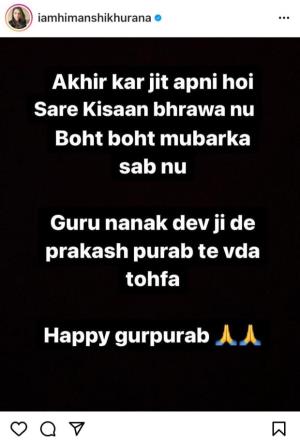 Kangana Ranaut called this “sad, shameful and absolutely unfair.'' Ranaut added, “If people on the street have started to make laws and not the chosen government in the parliament then even this is a jihadi nation… Congratulations to all who wanted it like this.” 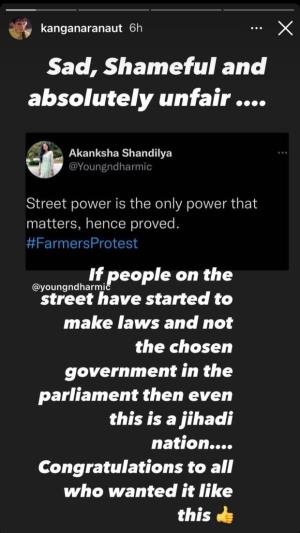 Also read: Explained: How Farmers Law will repeal in the parliament?

The three farm bills were passed in the monsoon session of Parliament; the President had given his assent to these Farm Bills on September 27, 2020. These were Farmers' Produce Trade and Commerce (Promotion and Facilitation) Bill, 2020, Farmers (Empowerment and Protection) Agreement on Price Assurance and Farm Services Bill, 2020 and Essential Commodities (Amendment) Bill 2020.