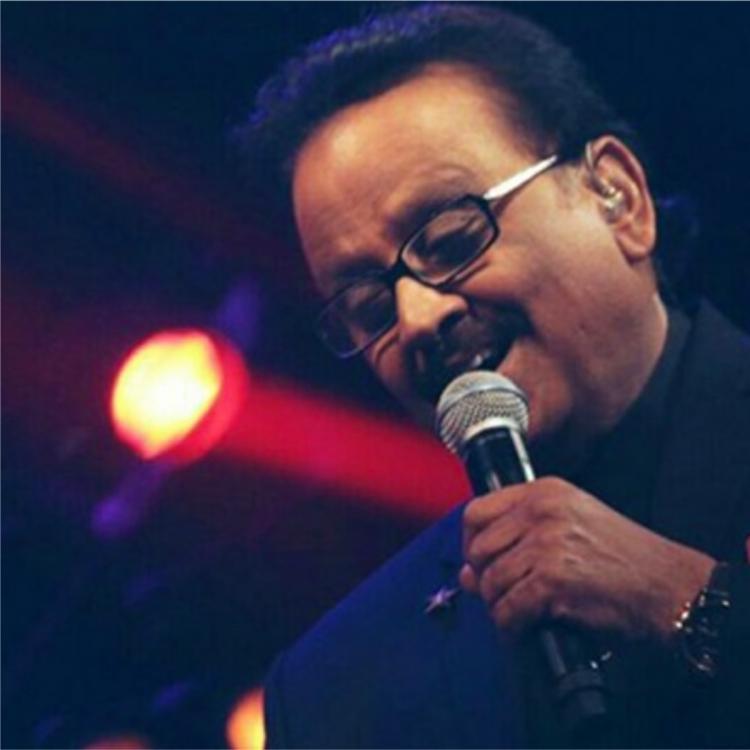 Sripathi Panditaradhyula Balasubramaniam, often known as SPB or SP Balasubramaniam, died in a private hospital in September 2020, just days after recovering from COVID-19. The iconic singer's mesmerizing voice, on the other hand, will carry on for decades. His 74th birthday is today, June 4, and Twitter is flooded with nostalgic videos and photographs as admirers pay tribute to him on this special day.

A Twitter user wrote, "The legend lives on. Remembering Sri #SPbalasubramanyam garu on his 75th birthday."

The other wrote, "A greatest Happy Birthday to Musical Emperor of Indian Cinema. A Legendary Multifaceted SP Balasubramanyam always with us in our hearts and in our thoughts." 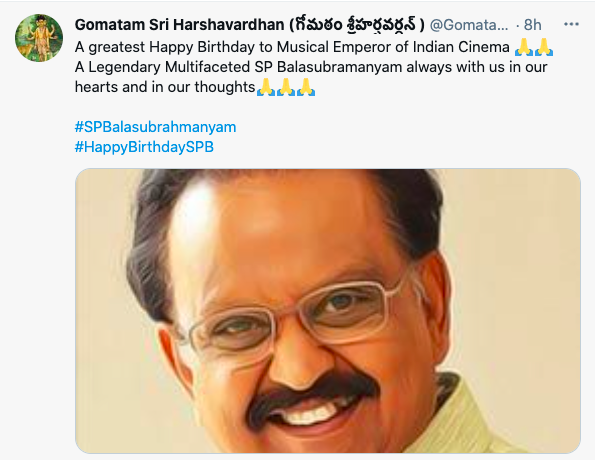 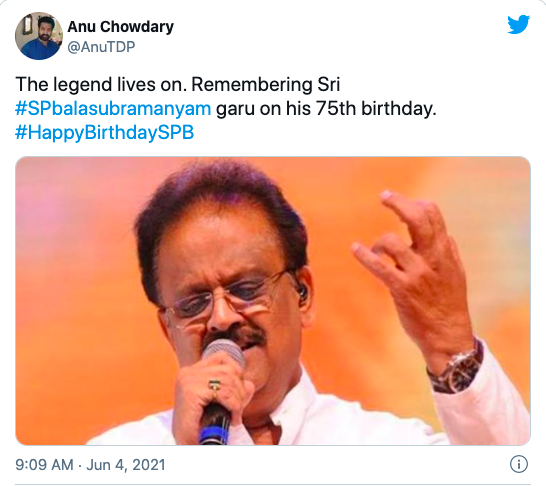 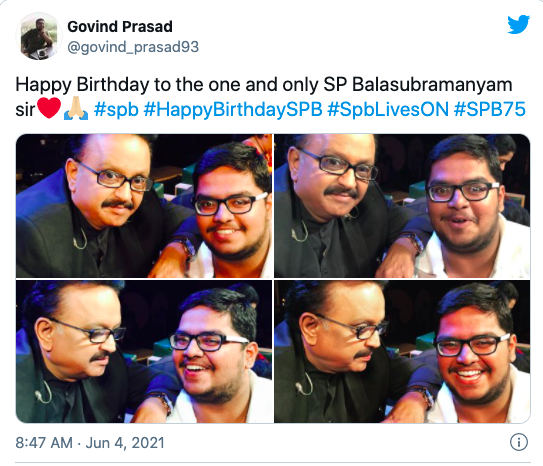 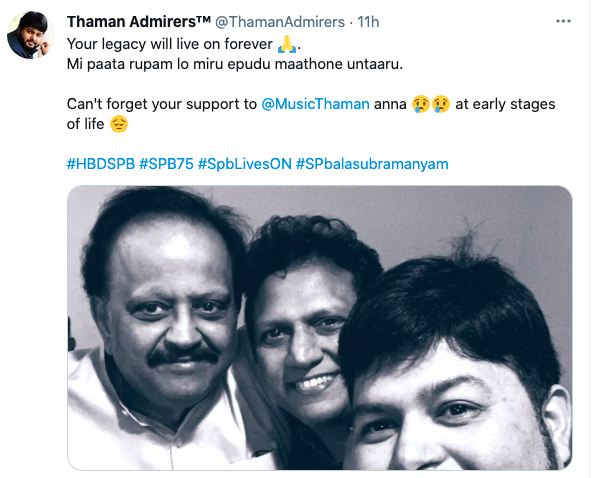 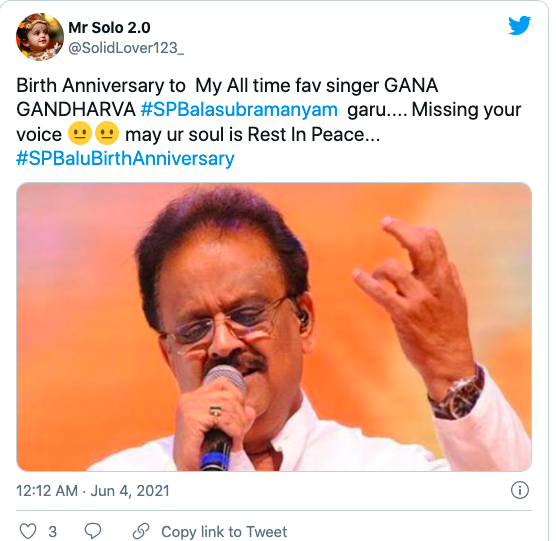 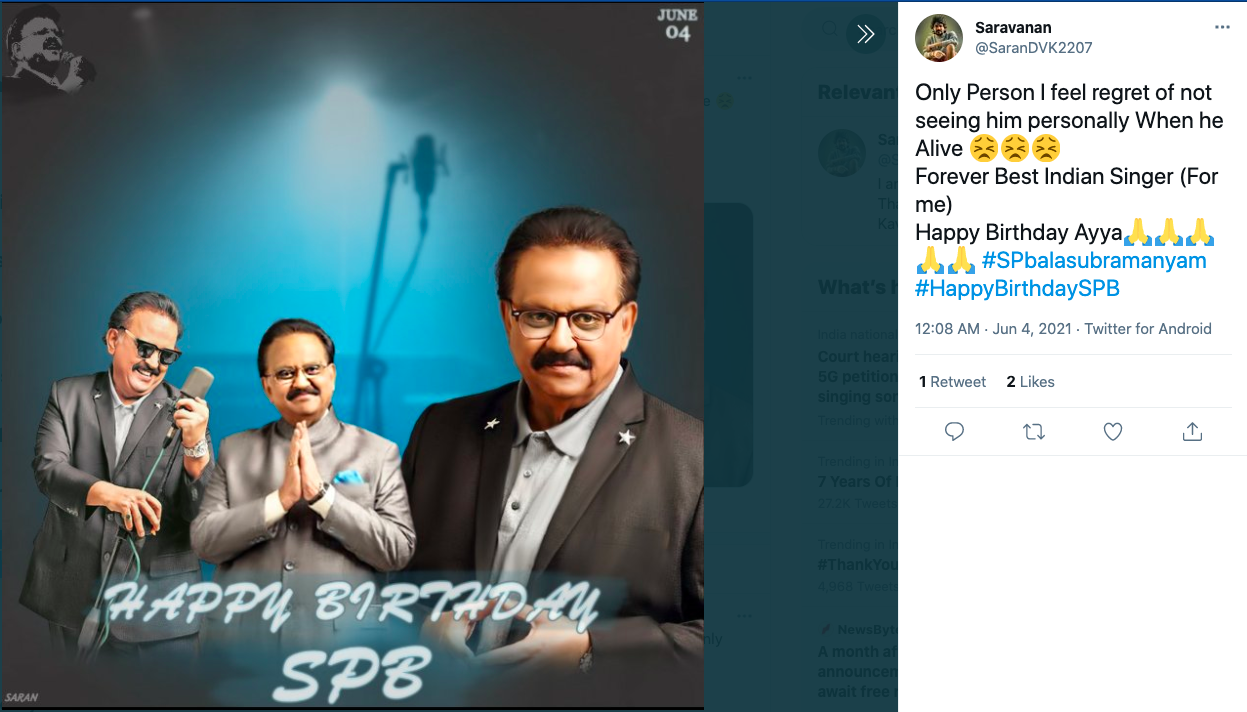 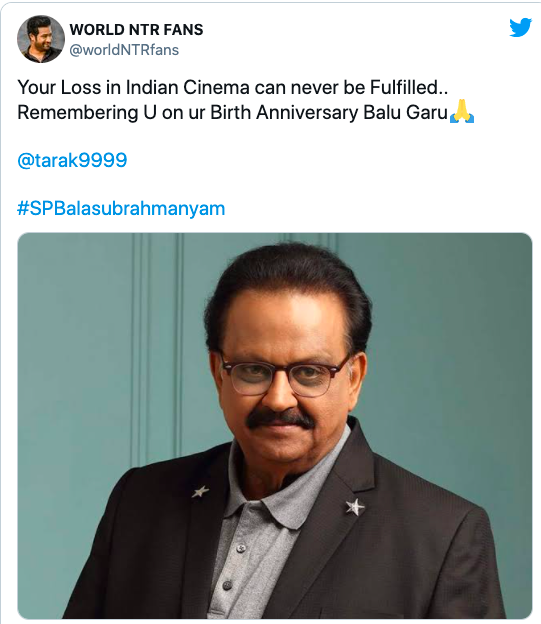 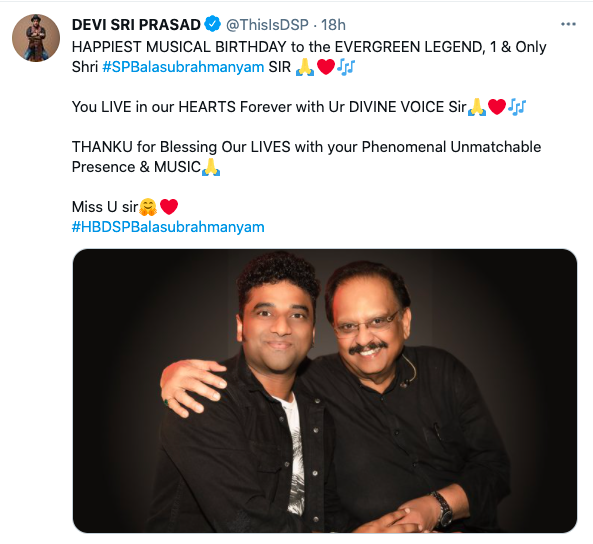 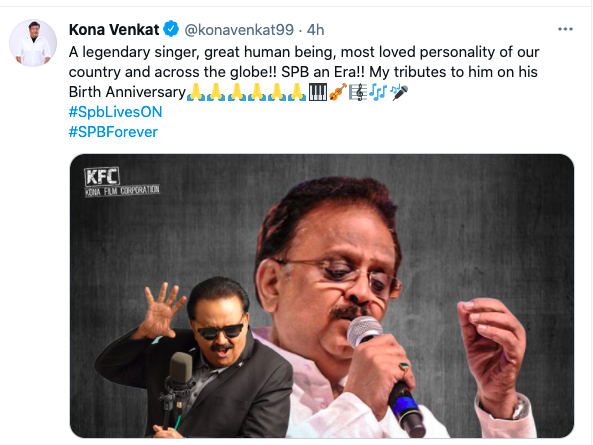 He had sung over 40,000 songs in his nearly five-decade career. His most well-known and timeless song, 'Ayiram Nilave Vaa,' from the Tamil film 'Adimaipen,' drew everyone's attention, and the legend hasn't looked back since. Also Read: ‘I respect his quiet’: Anubhav Sinha calls 'campaign' against Kartik Aaryan as ‘bloody unfair’

Balasubrahmanyam has won six National Film Awards for 'Best Male Playback Singer' for his work in Telugu, Tamil, Kannada, and Hindi, among other languages. Here's how Twitterati are remembering the icon today, on his 74th birthday.

Meanwhile, to commemorate SP Balasubramaniam's 75th birthday, his son SP Charan, along with music directors Gangai Amaran, Gary Fredriksen, Mounarraagam Murali, and Tokyo Tamil Sangam in collaboration with World Tamil Sangam, will be holding a Zoom call with everyone to share their fond memories of SPB.