The women killed in the incident have been identified and belonged to Punjab’s Mansa district. 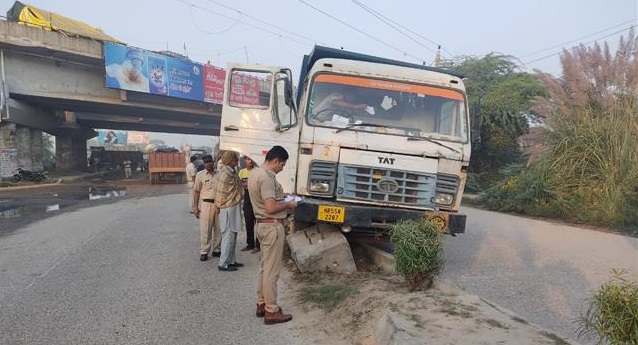 In another unfortunate incident at farmers protest, a speeding truck crushed three women farm protestors to death on Thursday morning. The women killed in the incident were from Punjab’s Mansa district.

The incident took place at 6:30 am under the flyover on Jhajjar Road when a group of five to seven women were sitting on a divider and waiting for an auto-rickshaw.

The women were planning to go to the railway station from the protest site in Haryana’s Jhajjar district. After the accident, the truck driver abandoned the vehicle and fled the scene.

Three women farmers died on the spot while two are critically injured. Those killed are identified as Amarjeet Kaur, Gurmail Kaur and Harsinder Kaur.

Injured Gurmel Kaur and Harmeet Kaur were rushed to a nearby hospital. The accused is yet to be arrested.

According to the police, the women had been participating in farmer protests and were waiting for an autorickshaw to take them back to their native village in Mansa, Punjab when the event occurred.

“A tipper, carrying dust, rammed into the group of women farmers. Two of them died on the spot. The injured were rushed to the civil hospital and referred to PGI Rohtak for treatment. One of the injured died on the way to the hospital in Rohtak, while two women are reported to be out of danger,” Waseem Akram, the superintendent of police, Jhajjar said.

Thousands of farmers have camped outside the border of national capital Delhi for as long as 11 months and are demanding the centre to repeal three controversial farm laws. Over 600 farm protesters have died during one of India’s longest and peaceful protests.