The first leaked version of Spider-Man: No Way Home appeared on several torrent sites on Thursday. It was labelled "CAM" stating that it was filmed in cinemas with a video camera. 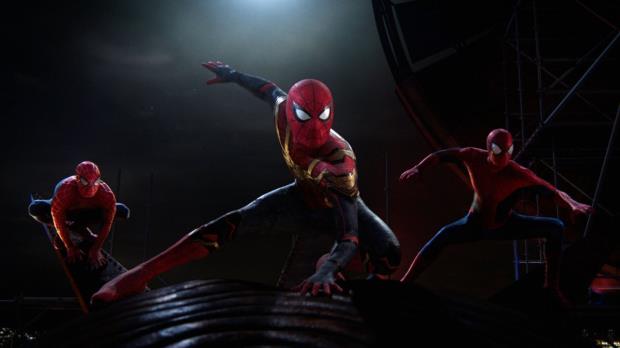 The first leaked version of Spider-Man: No Way Home appeared on several torrent sites on Thursday. It was labelled "CAM" stating that it was filmed in cinemas with a video camera.
Marvel Studios' new film Spider-Man: No Way Home is releasing today in cinemas in India. Along with this, this film has also been leaked. Leaks on Torrent Sites and Other Networks.
This movie is available in different file sizes ranging from 847MB to 2.46GB. Most of the leaked copies appear to be genuine from the screenshots and user comments provided with the files. However, some comments warn that the links are fraudulent and may load viruses and malware into your computer.
Some original links illegally uploaded Spider-Man: No Way Home with poor video quality and ads. We don't not support illegal file sharing. This is against the law and filmmakers are entitled to be paid for the content created by them.
If you are a fan of Spider-Man but are not comfortable watching the movie in theatres yet, one should wait for the release of the film on streaming services. The quality of pirated copies is poor. Downloading it is against the law and it will ruin your enthusiasm to watch the movie.
The film was released in the UK and other markets on Wednesday and in India on Thursday. According to the screenshots available to the public, the leaked version of Spider-Man: No Way Home is full of advertisements.
The quality of the illegally CAM-recorded Spider-Man: No Way Home is so bad that it is impossible to watch.
According to the screenshots available in the public, it is difficult to understand the facial expressions and gestures of the characters of the film due to poor picture quality. Nothing is visible in low light scenes.
Also Read: Sony halts business, ops in Russia including 'Spider-Man: No Way Home'
Sharpness, detail, contrast, cropping, angles and colours are not good. We aren't not able to verify the audio quality of the movie. The full movie leaked version of Spider-Man: No Way Home confirms the fact that you should watch this movie in theatres only.
Tom Holland is a superhero in Spider-Man: No Way Home. Zendaya will play the role of his girlfriend MJ. In the new Spider-Man movie, some villain characters from the old movies of this series are returning.
It includes Jamie Foxx as Electro and Alfred Molina as Doctor Octopus. Both of these villains were seen in Spider-Man 2.
Movies of the Spider-Man series have been very much liked in India. All the movies of this series that came before this have done good business in the country.
Spider-Man: No Way Home is also expected to be a hit. It will be one of the big films of the year released in movie theatres in the country.