SSMB29: Chris Hemsworth has been offered an extended cameo, however, it is yet to be revealed whether 'Thor' actor has accepted it or not. 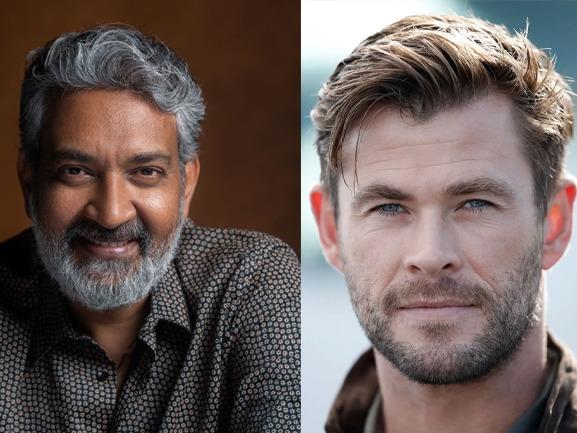 Fans went into a frenzy after it was reported that RRR director SS Rajamouli is in talks with 'Thor' fame Hollywood actor Chris Hemsworth for its upcoming project SSMB 29 starring Telugu superstar Mahesh Babu. Chris Hemsworth SS Rajamouli talks report set the internet on fire as the reel-life Thor is widely followed not only overseas but also in India. As per Lets Cinema, SS Rajamouli is in talks with Chris Hemsworth for an extended cameo in his upcoming project SSMB 29. Notably, Chris Hemsworth has been offered an extended cameo, however, it is yet to be revealed whether 'Thor' actor has accepted it or not. Therefore, if this report turns out to be true, then it would be the biggest project ever made in Tollywood as the craze of the Hollywood actor will surely help Rajamouli’s film reach a wider audience across the world.

Coming to SSMB29, veteran director S.S. Rajamouli is collaborating with Telugu Superstar Mahesh Babu for the first time and the film is expected to be made on a high budget. Although SSMB29's plot or concept has not been revealed yet, reports suggest that the movie will be set in the backdrop of a dense forest. Furthermore, SSMB29 has been reportedly produced by producer K.L. Narayana, who has produced films like Santosham (2002), Hello Brother (1994), and Kshana Kshanam (1991). The film is likely to have an International release along with Indian in different languages. Reportedly, Mahesh Babu has started the filming of SSMB29 and the film is likely to hit the theaters in April 2023.

Interestingly, SS Rajamouli Chris Hemsworth's buzz came a day after the Baahubali Director was signed by the American talent agency Creative Artists Agency (CAA). Deadline reported that SS Rajamouli has been signed by CAA. "In a coup for the agency, CAA has signed in-demand Indian filmmaker SS Rajamouli," reported Deadline. Rajamouli's RRR, starring Jr NTR and Ram Charan, impressed the West and won a lot of love from Hollywood. However, Rajamouli's RRR which was among the top contenders for the Oscars did not get entry as the Film Federation of India announced Chhello Show as India's entry for Oscars 2023,