#StandWithSaadAnsari trends as netizens hail 'Muslim boy' for supporting Nupur Sharma; All you need to know 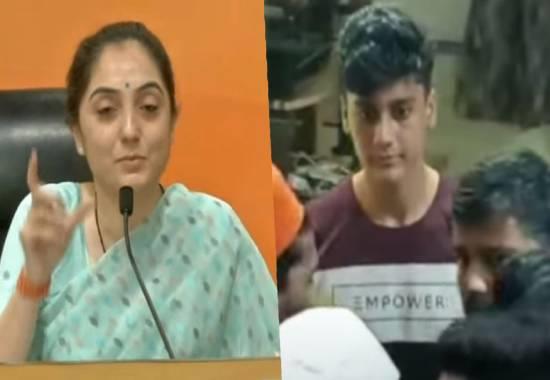 Amidst communal tensions prevailing in various states of India over suspended BJP leader Nupur Sharma's remarks, netizens have come together in solidarity with a young 'Muslim Boy' named Saad Ansari. #StandWithSaadAnsari has been the top trend on Twitter with netizens calling the young boy 'real Muslim Hero'. Amidst the ongoing tensions, many are wondering who is Saad Ansari and why #StandWithSaadAnsari is trending on social media?
Who is Saad Ansari and why #StandWithSaadAnsari is trending?
Also Read: Prophet Row: Kuwait to deport expats who protested over Nupur Sharma's remarks including Ind-Ban-Pak
For the unversed,  Bhiwandi police in Maharashtra on Sunday arrested an Engineering student named Saad Ashfaq Ansari for supporting ex-BJP spokesperson Nupur Sharma and her remarks questioning the nature of the relationship between the Prophet Muhammad and his wife Ayesha. Putting weight on Nupur Sharma's remarks, Saad Ashfaq on his Instagram had written, "A 50-year-old man marrying a 6-9-year-old kid is clear child abuse. And I don’t know how you people support this. Will you give your 6-year-old daughter to a 50-year-old man? (think about it)." Not only this, Saad had termed Nupur Sharma as a 'brave lady'.
As per OP India, another Saad Ashfaq's post says, "I am not in support of any religion. I f*cking hate them all. I am just scared to live in a world where you and your family can be killed just because you spoke something about a man who died many years ago."
"Grow up guys. Ditch the religions which spread terrorism in the world and be human being. It’s just that simple. I already know how much hate I will get from posting this and prepared to be misunderstood because you people are still kids,” he had further written.
Following his series of comments, a Muslim mob gathered outside his house and called him out. However, the young boy did not bow down and came outside to address the issue. Addressing the group of angered Muslims, Saad stated, "If I wanted, I could have stayed inside. But I came out to talk to you." However, another man said that if he would have stayed inside they would drag him outside.
As things got heated up, Saad tried to calm down the mob with folded hands, however, did not bow down. As a result, the mob forced him to recite Kalma. During this he was also badly slapped by one of the men present in the Muslim mob.
Later on, the Muslim mob lodged a complaint at the Nizampura police station in Bhiwandi city in Thane district of Maharashtra against Saad Ashfaq Ansari alleging blasphemy. As a result, Saad was arrested by the Bhiwandi Police.
Netizens laud Saad Ashfaq amidst Nupur Sharma Prophet Mohammed row