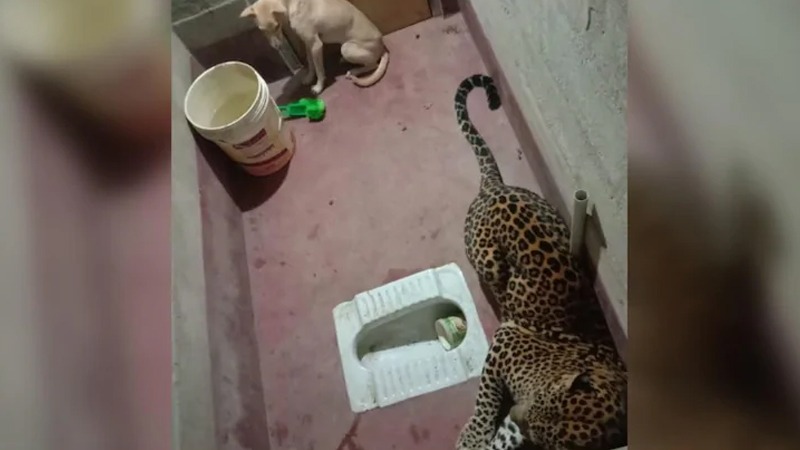 The resident saw the tail of the leopard and panicked, and bolted the toilet door from outside.

Photo of the trapped animals was taken through a gap in the toilet window from outside. In the photograph, the stray dog can be seen scared sitting at one corner and leopard in the other corner.

The news spread across villages by 9 am and locals started to gather around the house to witness the scene.

Forest officers were called to rescue the animals

Forest department officers were called to rescue the locked animals. A photo was taken by the officers through a small hole on top of the house.

Forest officers had brought in tranquiliser darts to sedate the animal and move it back to the forest.

The leopard, however, managed to escape breaking through the roof and nets.

The dog was in good shape and was rescued from inside the toilet safely.