‘Sunil Jakhar will always be my guide’, says Navjot Sidhu

The meeting between Sidhu and Jakhar is considered very important ahead of Captain and Rawat meeting. 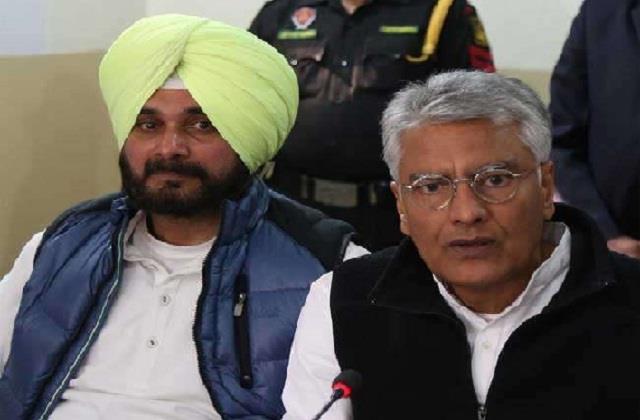 Amid the heat of controversy between Captain Amrinder Singh and Navjot Singh Sidhu over the appointment of the latter as Punjab Congress President, Sidhu called on PPCC President Sunil Jakhar at his residence in Panchkula in the morning. Both the leaders had a meeting for over half an hour

The two came out smiling and hugging. On this occasion, Sidhu said that our pair will be a hit and will be fit, Jakhar will always be my guide.

Sunil Jakhar said that Sidhu is very intelligent and competent and the people of Punjab like him. Of course, they do not need guidance, but if need be, we will provide guidance in the 2022 Assembly elections. The meeting between Sidhu and Jakhar is considered very important ahead of Captain and Rawat meeting.

Earlier, Navjot Sidhu left Patiala in a private vehicle instead of a government vehicle. Instead of talking to the media, he left with his finger on his mouth.