Bollywood's 'Anna' Sunil Shetty does not need any introduction. Recently Sunil Shetty dance reality show "The Super Dancer Chapter 4 ". In this episode, the contestants gave a blistering performance on Sunil Shetty's superhit songs. But the performance on a song made Sunil Shetty emotional and he wept on the sets. Along with Sunil, the other people on the show also became emotional.

The promo of this episode of the show has been released. The promo features Sunil Shetty's blistering entry with the show's judge Shilpa Shetty . Shilpa and Sunil worked together in the superhit film Dhadkan. 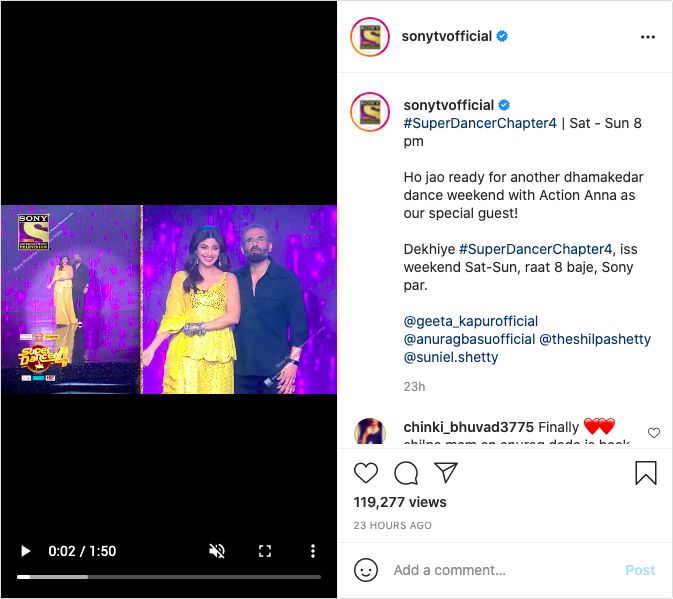 Shilpa and Sunil made an entry while performing on the tune of 'Dhadkan' super hit song 'Tum Dil Dhadak Mein Rahte Ho'. After this, the contestants began to give a bang on Sunil Shetty's super hit songs. But when he saw the performance of his superhit film 'Border' on the song 'Sandesay Aate Hai', he got emotional and tears came from his eyes. Watch the promo video here.

After seeing this performance, Sunil Shetty stood up and saluted. He said, 'I start crying every time I hear this song. This uniform does something. Explain that Sunil Shetty also played a character in the border who is martyred in a fight. This episode of 'Super Dancer Chapter 4' will be broadcast on the weekend this week.