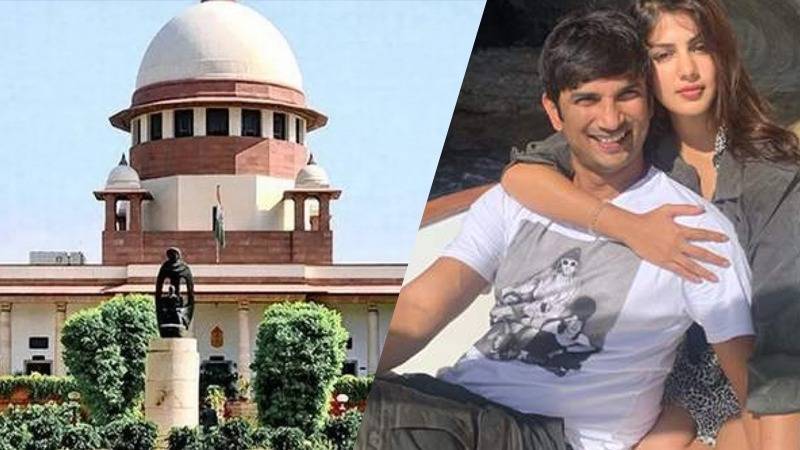 The Supreme Court on Tuesday has announced its verdict with regards to the petition filed by Rhea Chakraborty wherein she sought transfer of the FIR lodged against her, from the Bihar Police to the Mumbai Police. After hearing arguments by Rhea’s lawyer, Shyam Divan; Sushant Singh Rajput’s family lawyer, Vikas Singh; the counsel Abhishek Manu Singhvi representing Maharashtra Govt; the counsel and Maninder Singh for Bihar government, and the Solicitor General of India, the Supreme Court asked for brief written notes from all parties by Thursday.

The judgment has been reserved and the next hearing is scheduled for Thursday, August 13.

Shyam Divan, who was representing Rhea Chakraborty in the SC, had stated that Patna FIR is not connected with the incident and that the Bihar cops should've transferred the case. He also alleged that Sushant Singh Rajput's father was using 'influential relatives' to frame Rhea'. The actress had told SC through her lawyer, “I was in love with Sushant. I was traumatized after his death. But I am being victimized now”.

Sushant Singh Rajput’s family lawyer Vikas Singh had raised several points in his argument, also mentioning the complaint to the Mumbai police, by the late actor’s family in February this year. He had also argued on points like - ‘What is Mumbai Police afraid of?’ and ‘Cops don’t want to apprehend Rhea’.

Previously, the apex court had given three days' time to Rhea Chakraborty, Bihar police, Mumbai police, and the Centre to file their response in the matter. Sushant Singh Rajput’s father had alleged in his FIR that Rhea along with her family members had cheated Sushant, committed fraud, kept him confined, and forced Sushant to end his life. In her affidavit filed in SC, Rhea Chakraborty had denied all the allegations leveled against her by Sushant’s father in his FIR in Patna. She had also stated that Sushant’s case was being blown out of proportion and that she was being made a scapegoat of political agendas.

Rhea Chakraborty and her brother Showik have been grilled for hours by the Enforcement Directorate. The ED began the investigation after Sushant Singh Rajput’s father questioned several financial irregularities in the late actor’s account. The ED has reportedly seized Rhea and Showik’s mobile phones as well as several other gadgets owned by their family.

"We don't know whether the petitioner [Rhea Chakraborty] is an accused, a witness, or a victim in the case. But she has approached this court to get the case transferred. But there is no case yet. It's an investigation. The Maharashtra affidavit says Mumbai police are investigating all aspects of the matter. None of us disagree that the investigation must take place and it has to be free, fair impartial, and truth revealing. They say the family was questioned and they did not indicate any suspicion. It's a commonly accepted fact that there is no FIR in Mumbai. Section 174 investigation is only about inquiry into the accidental death," the Supreme Court said.

In conclusion, the SC reserved the verdict on Rhea Chakraborty's plea for the transfer of investigation to Mumbai. The SC said, "All parties given time till Thursday to file brief written submissions. Towards the end of the hearing, lawyers [may] make political allegations."