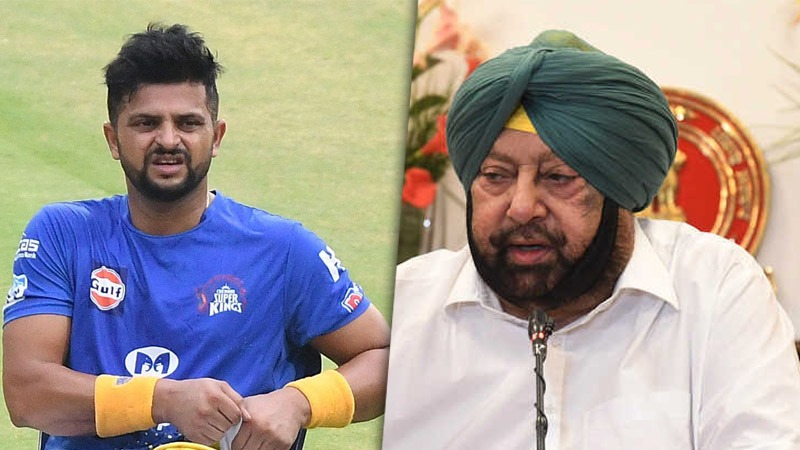 The murderous gang of robbers who killed former India cricketer Suresh Raina’s relatives in Thariyal village of Pathankot district in Punjab late on 19 August are arrested and this attack and murder case solved by Punjab government in 28 days.  There are 3 members of this gang who are detained.

As per the reports, this gang had struck two other places in the neighbourhood the same night, but failed to find anything of value.

A special investigation team of the Punjab Police, which was  probing the high-profile case, has found that the robbers first entered a godown in the village, then an empty house nearby, before breaking into Raina’s uncle Ashok Kumar’s house.

Raina’s relatives, a family of five, were all attacked that night — uncle Ashok Kumar (58) and cousin Kaushal Kumar (32) were bludgeoned to death, while the cricketer’s paternal aunt Asha Devi is admitted at Chandigarh’s PGI hospital with critical injuries. Another cousin, Apin (27), who was grievously injured, was also in hospital, while Ashok Kumar’s mother Satya Devi was discharged but still had severe trauma.

According to sources, a large team has been especially dedicated to this case. They were on the job round the clock.  Bollywood actor and local MP Sunny Deol of the BJP also met the SSP to discuss the high-profile case.

Also Read: Animal cruelty in Bhopal: Man throws dog into lake to get Famous, arrested; Watch Video of his Confession

Cricketer Suresh Raina also pulled out from the IPL 2020 because of this incident and immediately returned from UAE. He also requested Punjab CM Captain Amarinder Singh to solve this case writing a tweet, “What happened to my family is Punjab was beyond horrible. My uncle was slaughtered to death, my bua & both my cousins had severe injuries."

“Till date we don’t know what exactly had happened that night & who did this. I request @PunjabPoliceInd to look into this matter. We at least deserve to know who did this heinous act to them,” Raina wrote. “Those criminals should not be spared to commit more crimes. @capt_amarinder @CMOPb,” he further added.