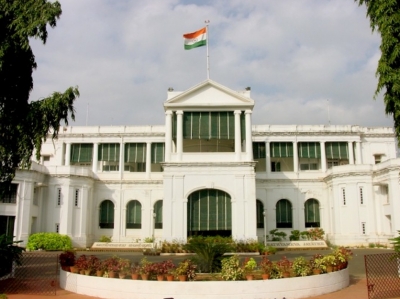 Tamil Nadu's Chief Minister in waiting and DMK President M.K. Stalin has said the swearing in ceremony of the party Ministers will be a simple affair and may be held in Raj Bhavan.

The DMK won the 2021 Assembly polls in Tamil Nadu held on April 6 with a comfortable majority.

Speaking to media, Stalin said the party's elected lawmakers will meet on Tuesday, choose their leader. After consulting the government officials the date of swearing in will be announced.

He said the date of swearing in ceremony will be announced on Monday or Tuesday.

Stalin said taking into account the severe Covid-19 pandemic situation in the state, the swearing in function will be simple and may be held in Raj Bhavan.

Thanking to all those who had helped the DMK to chalk out an emphatic poll victory Stalin said the new government will meet the expectations of the electorate.

He said for the sixth time the party will form the government in Tamil Nadu and will follow the footsteps of late Chief Minister and DMK president M.Karunanidhi.

Stalin also said the DMK rule will the such that those who had voted for the party will feel happy voting for it and those who did not vote would regret their decision not to vote for the party.

DMK spokesperson T.K.S.Elangovan said that the AIADMK government should submit their resignation to the Governor Banwarilal Purohit.