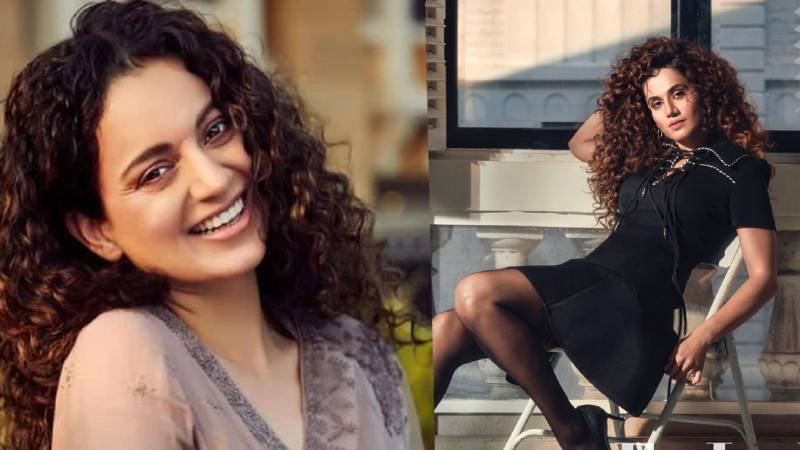 Bollywood actress Taapsee Pannu is not in a good mood ever since Kangana Ranaut has accused the actress of copying her style. Bollywood actress Kangana Ranaut recently reacted to a fan's tweet which compared Taapsee's photoshoot with Elle magazine to one of Kangana's with Architectural Digest a few years ago. Kangana wrote, "Ha ha ha I am flattered, she is a true fan, dedicated her whole existence to study and impersonate me to the point of dessolution it is rather impressive, also no other female superstar has taken over pop culture the way I have I am the most mimicked superstar after Mr Bachchan."

Also Read: Bombay HC observes doubt about the applicability of 'sedition' on Kangana Ranaut and her sister Rangoli, extends protection from arrest

Following this Taapsee took to Twitter and posted a quote from Robert A. Heinlein. The cryptic quote said, "A competent and self-confident person is incapable of jealousy in anything. Jealousy is invariable a symptom of neurotic insecurity. - Robert A Heinlein". She further wrote: "#ThoughtOfTheDay actually almost every day now."