As per the information, AAP leader and councillor Tahir Hussain is accused of inciting violence in the Northeast Delhi erupted earlier this week. To evaluate Tahir Hussain's role in the riots, a forensic team and a team of the crime branch of the Delhi Police have reached the house of the suspended councillor. 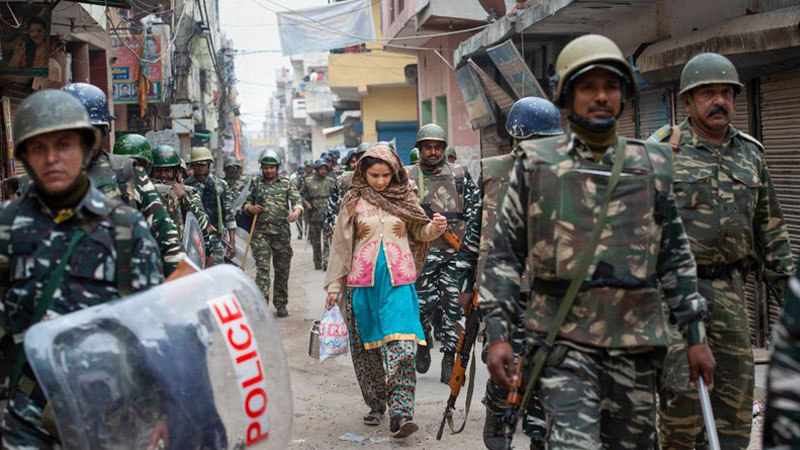 However, the Delhi Police has already put charges on Tahir Hussain based on the complaint lodged by family members of an Intelligence Bureau officer--Ankit Sharma, who was killed in the riots and his body was recovered from a drain in Chand Bagh.

The victim's father approached the Delhi Police and gave his statements, following which a case was registered under sections 365 and 302 of the Indian Penal Code.

Tahir Hussain, came into limelight after his video got viral on the social media which portrayed tens of people gathered on his house's rooftop pelting stones and petrol bombs at the mob during the riots. However, AAP councillor, later posted his own video on the internet claiming that he called the police for help as people forcefully started to enter his house.

Meanwhile, the AAP has temporarily suspended Tahir Hussain from the party's membership by the time police probe is complete.

"I came to know from news reports that I am being blamed for the murder of a man. These are lies and baseless accusations. For our safety, my family and I had moved away from our home on Monday in police presence," Tahir Hussain was quoted as saying to an eminent news agency.

On Thursday, stones, bricks, concentrated acid and petrol bombs were found on the rooftop of Hussain's Chand Bagh house.

Hussain, however, said, "I worked to stop violence, I'm innocent. I stopped people from climbing up my building. On February 24, police conducted a search of my building and moved us out from there. Later, we shifted to a safe location. Till 4 pm on February 25, police were present in the building."

Get the latest update about True Scoop, check out more about AAP Councillor, Delhi Police, House Under Investigation & Booked For Killing IB Staffer