Talks about Constitution, Secularism will last only till Hindu in majority in India: Gujarat Deputy CM

Gujarat Deputy Chief Minister said, “Those talking about the Constitution, laws, secularism will continue to do so only as long as Hindus are in majority in this country.” 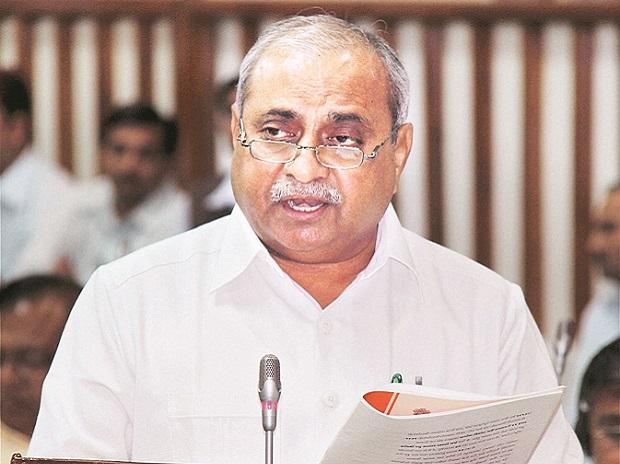 Gujarat Deputy Chief Minister Nitin Patel said that India would talk about the constitution and secularism only till the Hindu is in majority in the nation. He further said that none courts, Lok Sabha, Constitution, Secularism would be in favor of Hindus if they are reduced to a minority.

“Those talking about the Constitution, laws, secularism will continue to do so only as long as Hindus are in majority in this country. May God prevent this from happening, but if in another 1,000-2,000 years, the number of Hindus reduces, and (the number of) people from another religion increases, there will be no courts, Lok Sabha, Constitution, secularism... they will all vanish in thin air, nothing will remain,” Deputy Chief Minister said, according to PTI.

He stated it during an event at a temple of goddess Bharat Mata in Gandhinagar, he further said that he isn’t talking about all Christian or Muslims, as major of them are patriots.

He further criticized a Muslim organization named Jamiat Ulema-e-Hind for challenging the Gujarat Freedom Fighter (Amendment) Act, 2021 and asked that why the organization is troubling even if the act is not related to any religion. He said that the deliberations related to the ‘love jihad’ case increased after the government brought an act of amendment.

He said that the law states, it is equally not acceptable if a Hindu boy marries and forces a Muslim girl to convert her religion and vice versa. He further said that the Gujarat High Court had recently stayed several sections of the controversial Act till the pendency of the case.

Also Read: From key features of Jallianwalla Bagh Smarak to farmers protesting against BJP govt; All you should know

“I have to ask those who have moved writ in the court, will you still challenge the Act if somebody (from another religion) takes away your daughter (for forcible marriage and converts her religion)?... I have to ask that organization as to what is their objection to Hindu girls marrying Hindus, Muslim girls marrying Muslims, Christian girls marrying Christians, Sikh girls marrying Sikhs,” the political leader said adding, “People of their community should (rather) issue public statements, hold press conferences, and thank (state Home minister) Pradipsinh (Jadeja), the BJP government, and say they support and welcome the law for ensuring the unity, safety of Gujarat and protection of its daughters from every religion. Why are they troubled, this I do not understand.”

He further praised Prime Minister Narendra Modi and Union Minister Amit Shah for their decisions like removing Article 370, ensuring the construction of Lord Ram temple and said that these were good for every religion.