BA Raju, a film producer and senior journalist, died on Friday. On social media, Mahesh Babu, Namrata Shirodkar, Samantha Akkineni, Jr NTR, Prabhas and SS Rajamouli were among those who shared their condolences. 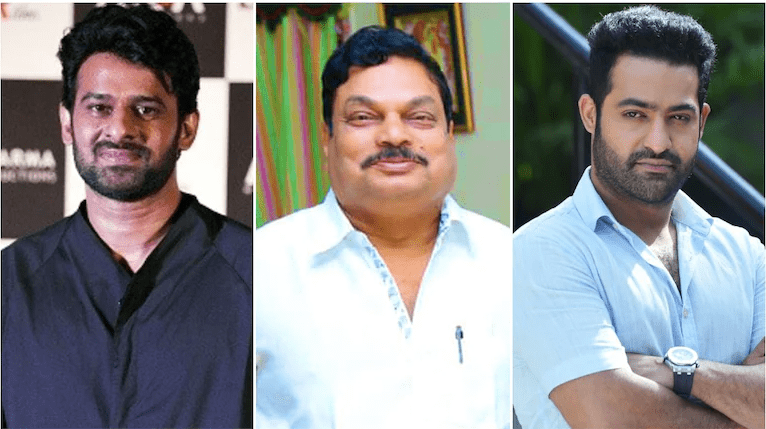 BA Raju, a Tollywood film producer and senior film publicist, died of cardiac arrest on Friday in Hyderabad. He was 62 years old and had two sons. Raju died of "sudden fluctuations of diabetes and cardiac arrest," according to his son Shiva Kumar. 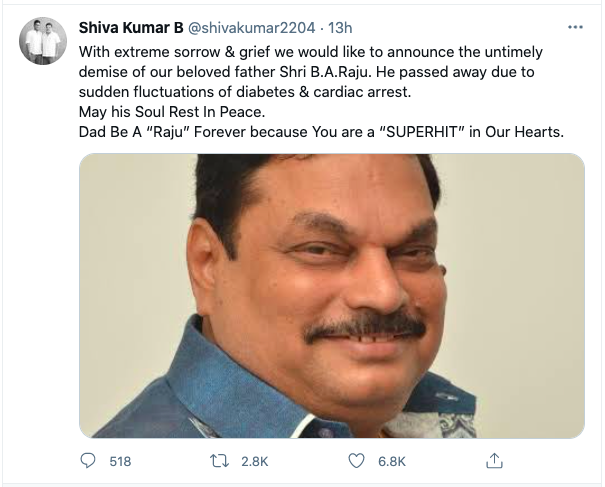 “With extreme sorrow & grief we would like to announce the untimely demise of our beloved father Shri B.A.Raju. He passed away due to sudden fluctuations of diabetes & cardiac arrest.  May his Soul Rest In Peace. Dad Be A “Raju” Forever because You are a “SUPERHIT” in Our Hearts.”, he tweeted.

Prabhas paid his last respects to BA Raju on Facebook. The two have collaborated on many films and have a strong bond.He wrote, "Shocked by the sudden demise of senior journalist and PRO BA Raju garu, who was nothing short of a family member to me. I worked with him on many films through my career and will forever cherish the experience. This is a huge loss to TFI. My prayers are with the family. Rest in peace Raju garu. 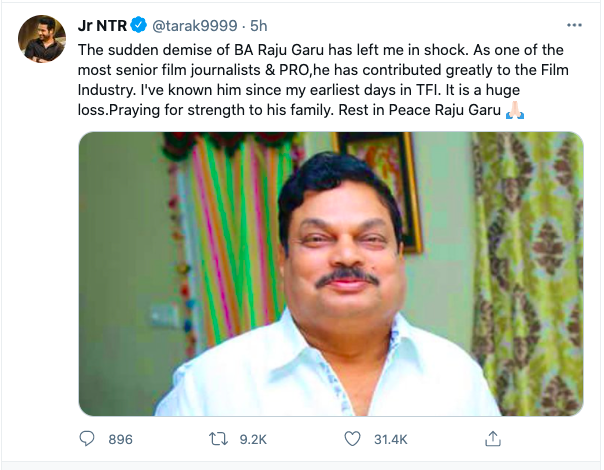 Jr NTR wrote, "The sudden demise of BA Raju Garu has left me in shock. As one of the most senior film journalists & PRO,he has contributed greatly to the Film Industry. I've known him since my earliest days in TFI. It is a huge loss.Praying for strength to his family. Rest in Peace Raju Garu.” 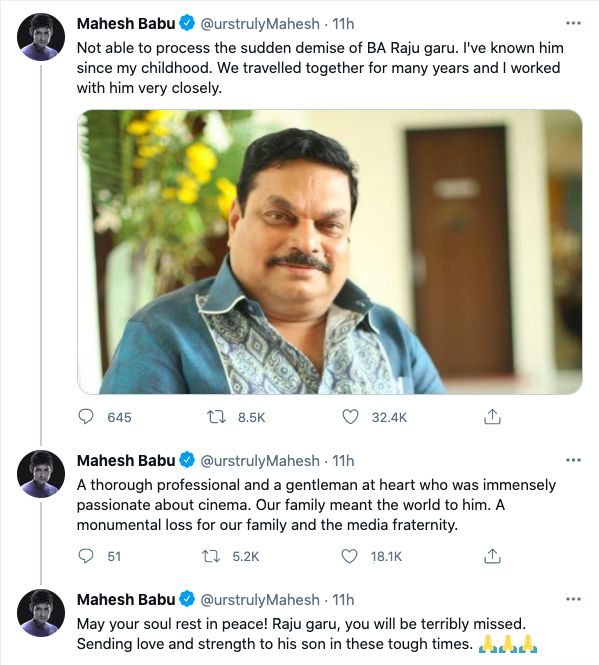 Mahesh Babu wrote,“Not able to process the sudden demise of BA Raju garu. I've known him since my childhood. We travelled together for many years and I worked with him very closely.Our family meant the world to him. A monumental loss for our family and the media fraternity”. 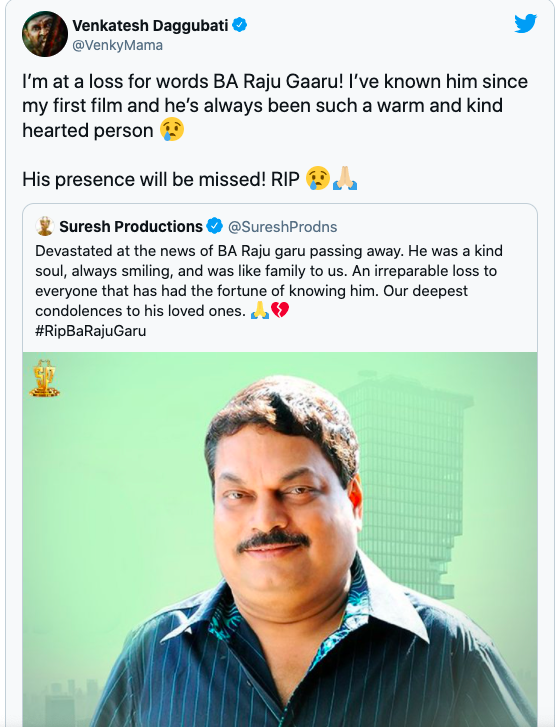 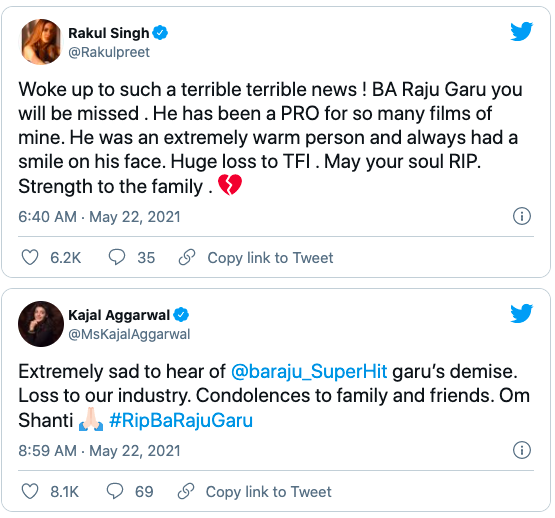 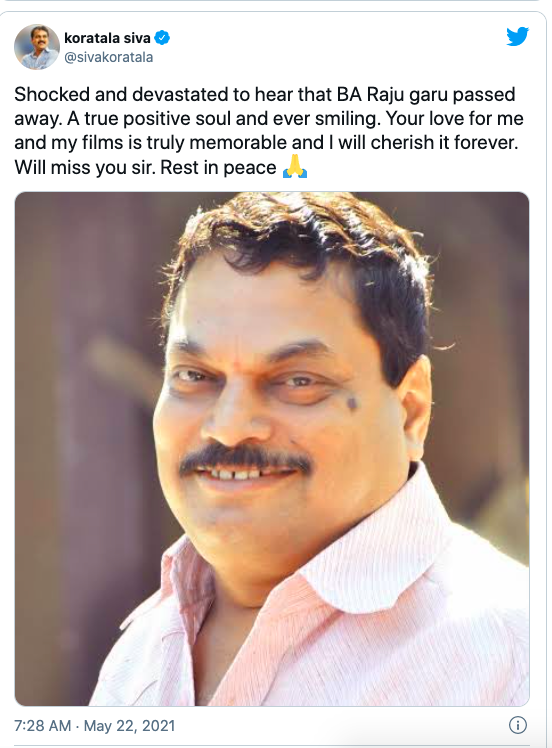 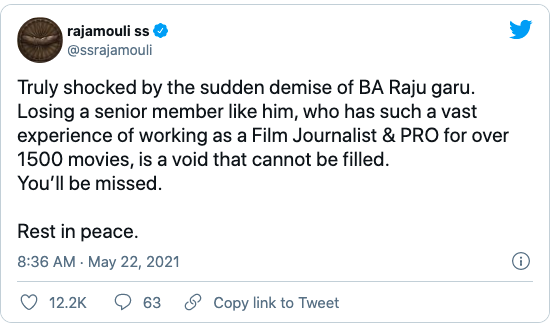 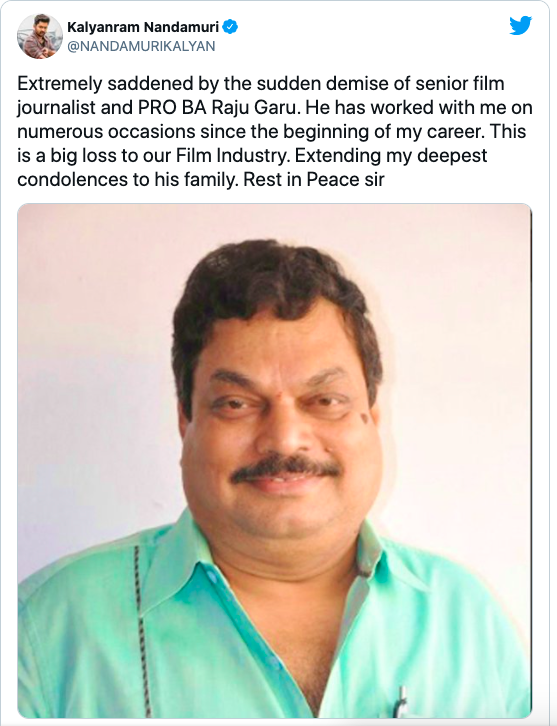 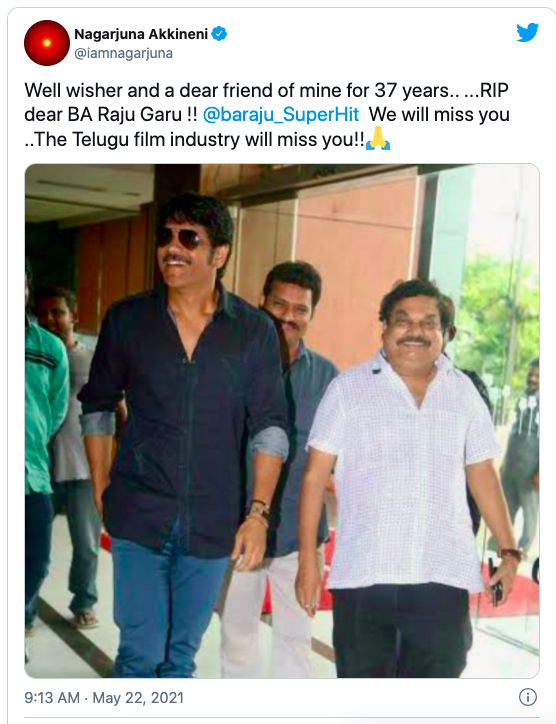