The development comes after Kiran Bedi was removed from her office through a presidential order on Tuesday. 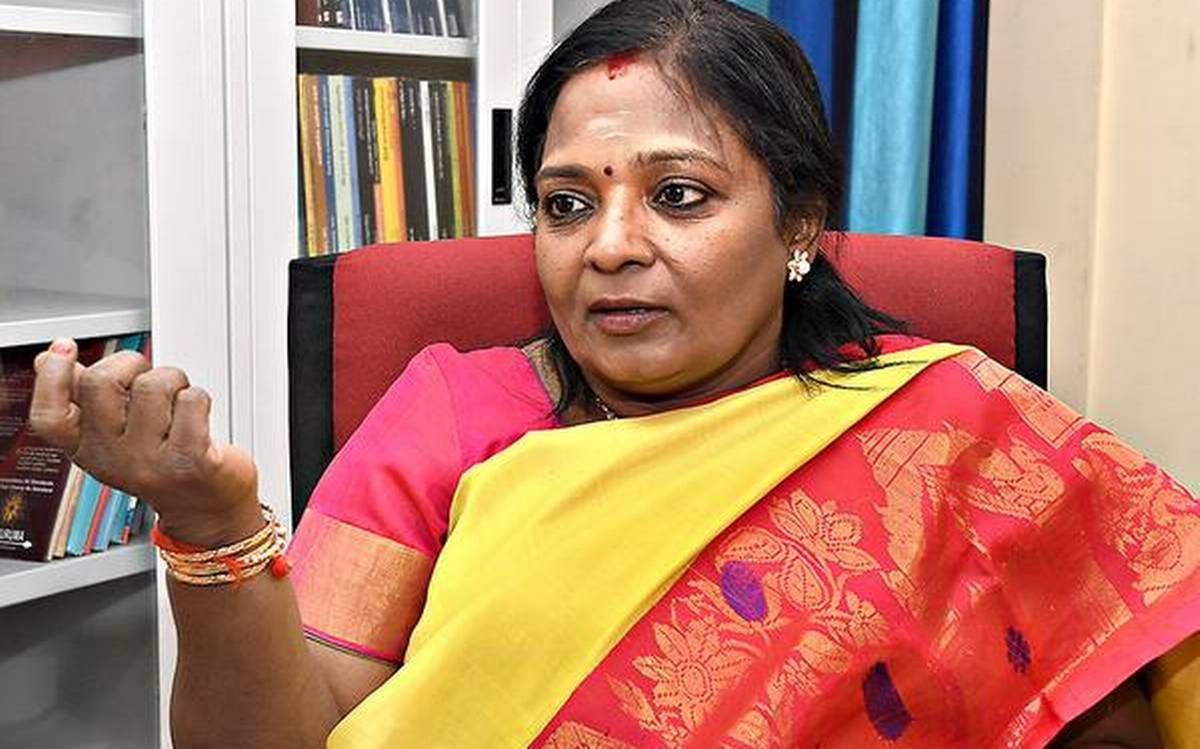 Tamilisai Soundararajan- Telangana Governor who was assigned additional charge of Puducherry, on Thursday has taken the office as Lt Governor of the Union Territory, becoming the fifth woman to hold the office of Governor in Pondy.

She took the oath in Tamil.

Chief Justice of the Madras High Court Sanjib Banerjee conducted the oath of office to her at a simple function at the Raj Nivas.

Earlier, on February 16, the Chief Secretary to the Puducherry government Ashwani Kumar had read out the warrant issued by President Ram Nath Kovind giving additional charge of the union territory to Tamilisai Soundararajan. Her taking the charge of Lt Governor comes at a time when Puducherry Congress led-government had been reduced to a minority after one MLA on Tuesday had resigned from the party, which also led to the removal of Kiran Bedi as the governor of Puducherry.

The Lt Governor, after the swearing-in ceremony, was granted a guard of honour by the Puducherry police outside Raj Nivas.

Soundararajan was given the additional charge of Puducherry after former IPS officer Kiran Bedi on Tuesday was removed from her post through an order passed by the President.

V. Narayanasamy ruling Congress party has been demanding Bedi's dismissal for long over several issues. The chief minister even alleged Bedi of running parallel governments and the autocratic nature of work. He also claimed that people of Puducherry too wanted her to be removed, saying she was supported by the Modi government and wanted to destroy the good work he has done in Puducherry.