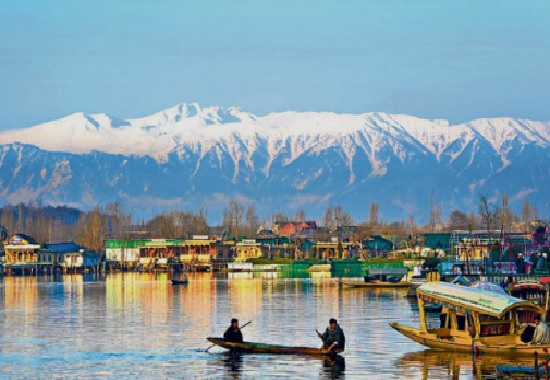 The adverse effect of US troops’ withdrawal from Afghanistan is making itself felt in Jammu and Kashmir. Intelligence agencies say at least six groups of terrorists have infiltrated the Kashmir Valley with some high-value targets on their agenda. Inputs by various agencies are now being matched by the Multi-Agency Centre.

Indications are that at least 25-30 terrorists have been keeping various security forces engaged for the last one month. This number is apart from those terrorists who were already in Jammu and Kashmir, sources said.

Evidence on the ground shows the level of violence in Jammu and Kashmir has gone up significantly over the last month. Every day for the last one month, either an IED attack on security forces or attacks on political leaders are being reported.

It is noted that the terrorist activity has also increased on launch pads, which were abandoned after the ceasefire was announced in February this year.

Numerous intelligence agencies indicate that as many as 300 terrorists have again prepared the camps across the Line of Control. “We are also on alert and are prepared,” said an officer leading counter-terror operations in the Kashmir valley.

According to him, after the takeover of Kabul by Taliban two weeks ago, social media is buzzing with congratulatory messages.

“Recently, a video that went viral got a lot of traction in Jammu and Kashmir. In that video, some boys who had gone over to Afghanistan to fight along with the Taliban, came back to Pakistan Occupied Kashmir. The video shows they got a hero’s welcome back in PoK,” he said.

According to him, they are watching social media regularly as such video clips tend to motivate youngsters in Kashmir too as they see them as “Victorious warriors”.

Another issue which is giving sleepless nights to the police of Jammu and Kashmir is around 60 young men have gone missing from their homes in the last couple of months.

“They went saying they are going to attend on someone or for some work, but now they are missing. This is a serious concern,” he added. ‘We have been asking and appealing to all misguided youth who have joined terror groups to quit violence and return to the mainstream,” said Vijay Kumar, the top police officer in Kashmir.