A Thai soldier, angry over a land deal involving a relative of his commanding officer had killed 26 people, most them in a shopping mall in the northeast of the country, had been shot dead confirmed officials on Sunday. 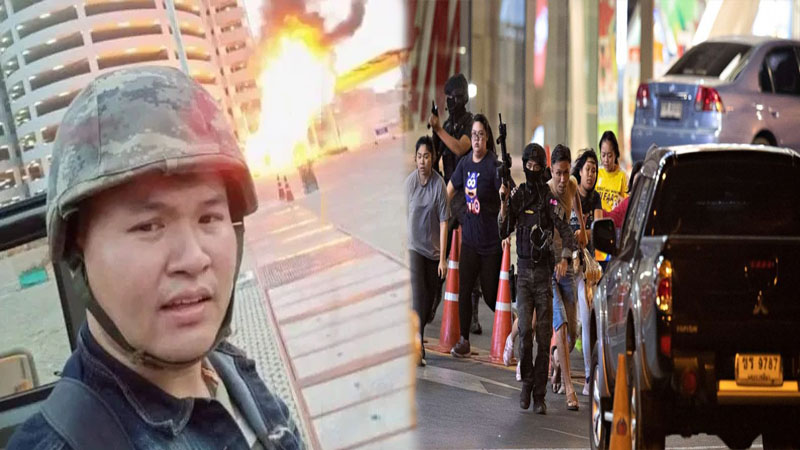 After an overnight standoff at the Terminal 21 shopping centre in the city of Nakhon Ratchasima, where victims of the massacre were killed, Thai security forces shot and killed rogue soldier.

According to officials, the soldier drove to the mall in a stolen Humvee and was armed with an assault weapon and ammunition stolen from the army's base arsenal.

Initially, during the attack soldier posted written messages on Facebook before his account was shut down by the company.

Prime Minister Prayuth Chanocha told reporters on Sunday from Nakhon Ratchasima said, " It was a personal conflict...over a house deal." PM's statement came after travelling there to meet wounded survivors.

Prayuth further added that the conflict was with a relative of the soldier's commanding officer.

Hundreds of shoppers fled the mall in groups by stooping low, however, the police and army launched several rescues during the more than 12-hour standoff. Armed forces were placed at one point emerging at a run carrying small children.

“It was frightening because I could hear the occasional gunshot...we waited a long time for the police to come and help us, many hours,” said Suvanarat Jirattanasakul, 27, in a trembling voice after she emerged.

Another survivor told the state news channel that the shooter was “aiming for the heads” and said his colleague died on the scene.

The man, identified as "Diaw" said, "He was shooting everywhere and his shots were very precise."

Nakhon Ratchasima also known by the historical name Korat, has a population of about 250,000. It is close to a national park popular for its wild elephants but the northeastern region is one of the lesser-visited areas among Thailand’s nearly million annual tourists.