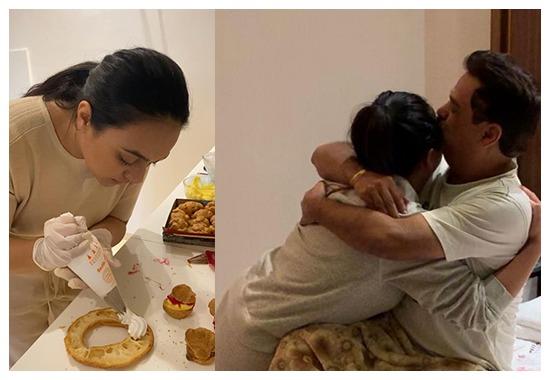 9-year-old Vanshika always knew why her house had a sweet fragrance but what she did not know was that one day she herself will be the reason for the same.

While getting to interact with the young baker we got to know that Vans Kitchen, which is her own small business, was never planned. Back in 2017, Vanshika returned to India after completing her studies in Canada and had initially planned to stay in Jalandhar for a few months before returning.

The world sure works in twisted ways, this was the time when COVID took over the world and all plans had to be changed. Fortunately this worked well for Vanshika as the 9-year-old who assisted her grandmother in the kitchen while she baked, was now in the kitchen herself making people happy with what she created.

In order to utilize the free time in a productive way started baking and Vans kitchen came into existence, which surprisingly got a very good response. Vanshika's future plans include opening up her own cute bakery which introduces the people of Jalandhar to French pastries and desserts.

Her father was always an inspiration as she grew up in a family of bakers, who had their own bakery. It had always been her father's dream to open a bakery one day and deliver French desserts in Jalandhar.

As a young girl Vanshika was highly inspired by a pastry chief named Pooja Dhingra who had her own bakery in Colaba, Mumbai. She was popular for the Macaroons that she baked and was referred to as 'The Macaroon Queen of India'.

"I always wanted to be like her and read a lot about her while growing up" Vanshika added. Besides this, the young pastry chef enjoyed watching MasterChef and Greatest Canada baking show a lot.

While discussing about the experience of how it had been working from home, Vanshika was quick to answer that it had been difficult as her mother would get disturbed while she would be cooking, because of which she would plan to prepare her orders during the night.

She claimed that the main reason she had been growing so well was because of the constant support that she received from her family. During the most challenging times in her life, Vanshika never gave up, her original ideas and the willingness to achieve her father's dream kept her going.

Here's a short video of Vanshika doing what she does best which might make you hungry and leave you craving for some French pastry for sure!