The comedy special I'm Not Done Yet, starring Kapil Sharma, will release on Netflix on January 28. Check out trailer!

Kapil Sharma posted a trailer for his next Netflix comedy special, Kapil Sharma: I'm Not Done Yet. From January 28, the programme will be available to watch on the OTT platform. 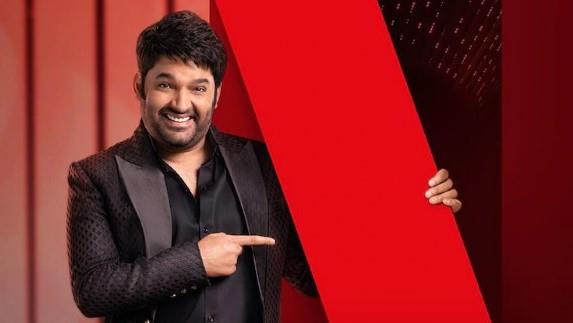 King of Comedy : Kapil Sharma's latest programme, Kapil Sharma: The Untold Story, is due to premiere on Netflix. I'm not finished yet, and people are already anticipating some lighthearted banter in the performance. The Kis Kisko Pyaar Karoon actor recently shared the promo clip and release date with his followers on his Instagram account. 'Amritsar ki galiyon se Mumbai ke sets tak (From the streets of Amritsar to the sets of Mumbai)' begins the video.
We can see Kapil Sharma being frank about his life's path in the video, and he begins off on a funny note by saying, "Hi, this is Kapil Sharma and I’m from Amritsar and I’m done with my English".
In the video, he also discusses how he has never taken comedy seriously since he is always kidding about and it comes easily to him as a Punjabi.
He went on to remark that as an artist, one hears an inner voice that whispers, "I am not done yet! and I need to do something". This, he added, encouraged him to go forward with the presentation.
He went on to explain why Netflix appealed to him, saying:"Netflix really attracted me". Speaking about how his fans are excited to know about him, he stated , "Everyone said they are interested in listening to my story I was like seriously! You could say this is my story, but yes my story is in my style."
Also Read : Fans Spot Lord Ganesha's Painting In Esther Acebo's House-PIC INSIDE Money Heist's Esther Acebo Aka Stockholm
"Remember this special is releasing on Netflix on the 28th of January 2022," he stated towards the conclusion, "so please come soon because without you truly I'm not done yet."
Kapil will appear in a never-before-seen persona on the programme, in which he will be seen talking frank about his life's path and sharing it with his fans in his own humorous and accessible style.