In a criminal defamation lawsuit brought by him against Bollywood actress Kangana Ranaut, Javed Akhtar has urged a court to issue a non-bailable warrant against her. The plea, filed by Akhtar's lawyer Jay Bharadwaj, detailed the exclusions Ranaut has requested. She was also accused of making "false and erroneous comments" in front of the court. 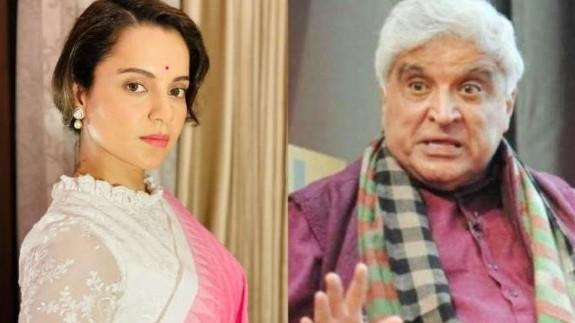 The court denied lyricist Javed Akhtar's request for a non-bailable warrant against Bollywood actress Kangana Ranaut on Tuesday (January 4). The next court hearing, according to his lawyer Jay Bharadwaj, is set for February 1. Javed Akhtar had filed an application with the Chief Metropolitan Magistrate Court (CMM) in Andheri on December 13 to issue a non-bailable warrant (NBW) against Kangana Ranaut after the actress failed to appear in court.
The motion, filed by Akhtar's lawyer, highlighted the several exemptions Ranaut had requested since March of this year for various reasons. On September 20, she last appeared before Andheri Metropolitan Magistrate RR Khan.
"It can be clearly deciphered from the conduct of the accused that from the time of issuance of process by this court (Andheri metropolitan magistrate court) she has been deploying all possible tactics to cause inordinate delays in the matter," the application stated.
The actor was also accused of making "false and incorrect statements" in court.
Also Read : What to Watch in January 2022 on OTT platforms? Read here
In November 2020, Akhtar filed a defamation suit against Ranaut, stating that she made defamatory and false remarks against him in a televised appearance. Following the reported suicide of actor Sushant Singh Rajput in June last year, he claimed the actor had dragged in his name while alluding to a "coterie" in Bollywood.
Ranaut's appeal for the criminal defamation case to be transferred had already been denied by a chief metropolitan magistrate. She had filed the plea because she had "lost trust" in the magistrate's court handling the case since it had "threatened" to issue a warrant if she did not appear in court for a bailable offense.