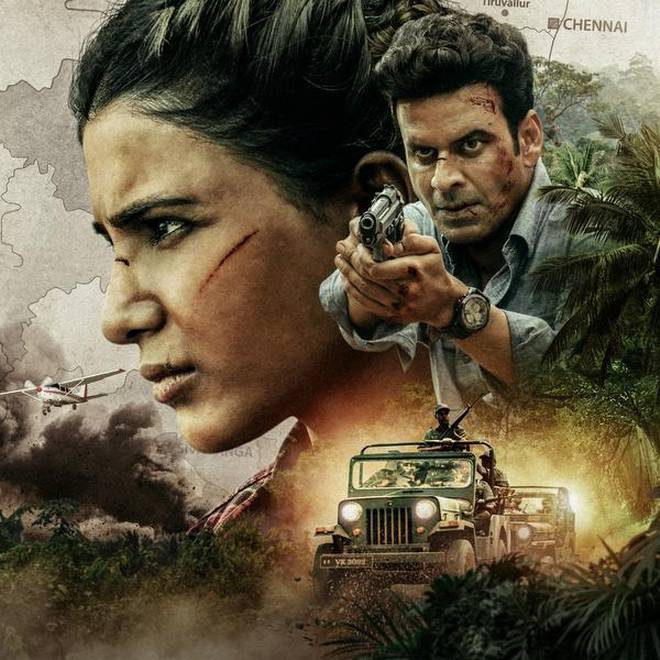 Samantha Akkineni, a prominent south Indian actor, makes her digital debut in the second season. Despite the fact that her appearance in the trailer sparked some controversy, the filmmakers defended her, saying she "took an incredible risk to do this job." Director Raj Nidmoru said, “Samantha’s choice of doing The Family Man 2
is an extremely risky one, especially if you see how passionately her fans follow her work.

Some people asked that, ’What did you do to our beautiful Samantha?’ I said, ‘She is still beautiful but in just a different role.’ Someone like her doing this role is very risky. It is brave to say, ‘I am going to let go of all the things people look in me, in my character and I will embrace a completely different, contrasting character and try and do my best with it.’”
Also Read: Uttaran Actress Tina Dutta shuts down troll who abused her over topless pics, later called her ‘di’
Following the uproar over The Family Man Season 2's portrayal of Tamil people and culture, Raj and DK released a statement that stated, "Some assumptions and impressions have been made based on just a couple of shots in the teaser." Many of our principal actors, as well as important creative and writing team members, are Tamilians. We are fully aware of the Tamil people's feelings and culture, and we have nothing but the greatest love and respect for our Tamil people."

Srikant Tiwari, played by Manoj Bajpayee, appears to have accepted a position that has nothing to do with the intelligence unit in the Season 2 teaser, but he gradually returns to his old roots.The Family Man constantly focused on Srikant's personal life as well as his professional life, as the show's premise is based on the idea that people who work in dangerous jobs can also have a demanding personal life. Srikant's marriage appears to be on the rocks again this season, as he tries to patch things up with his wife, Priyamani.

Manoj Bajpayee shared his thoughts in an interview. He said, “They have created such a fantastic creative piece with season one, and the second season is uninfluenced and unimpacted by the success of the first season, because we already shot the first schedule by the time the first edition was out.”

He added, “The family has moved on, Srikant has moved on and he has new challenges on work front and I am restlessly curious to know how people are going to receive Srikant in these new circumstances, how they will welcome this explosive character like Samantha’s. That way, I am assured we have a great product in hand.”