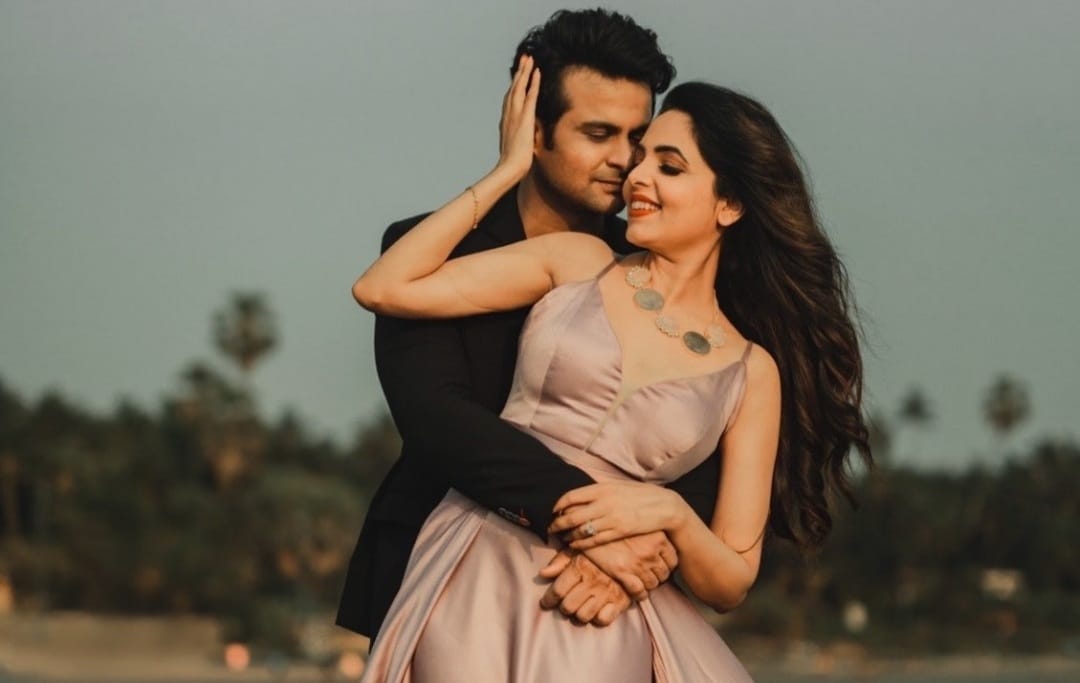 Surprising her fans with good news, the Kapil Sharma Show star Sugandha Mishra by sharing some beautiful pictures of her with boyfriend Sanket Bhosale, announced the news of their engagement.

Both Sugandha and Sanket posted romantic pictures with each other announcing their engagement on their official social media handles.They were last seen in Sunil Grover’s Gangs of Filmistaan. Sugandha hails from Jalandhar while Sanket is from Mumbai.

Meanwhile, the duo made made their presence felt in The Kapil Sharma Show and it is said that their love life started from the sets of Kapil Sharma show and its being long now they were dating. Besides, it was Sugandha who referred Sanket in Kapil's show.

They also appeared together in Zee TV's Summer Express 2017. Sanket is popular among the audience for mimicking Sanjay Dutt and Sunil Shetty. He is a qualified doctor as well. Both Sugandha and Sanket were part of Life OK's Comedy Classes.

Well, the fans of Sugandha just can’t get over his lovey-dovey pictures and congratulating the comedian for the new chapter of her life.

Many bollywood celebrities, singers and popular TV personalities took to twitter and instagram to congratulate Sugandha and Sanket. 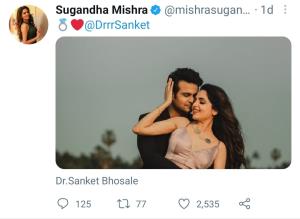 Singer Neha Kakkar and her brother Tony Kakkar congratulated Sugandha and Sanket for their post-marital life. Tony Kakkar wrote, “Many congratulations. How beautiful to hear that.”, while Neha wrote, "Wohhooo! So happy for you both. Finally" along with heart emojis.