“The protesters in Delhi are not farmers, they are mawali,” says BJP MP Meenakshi Lekhi 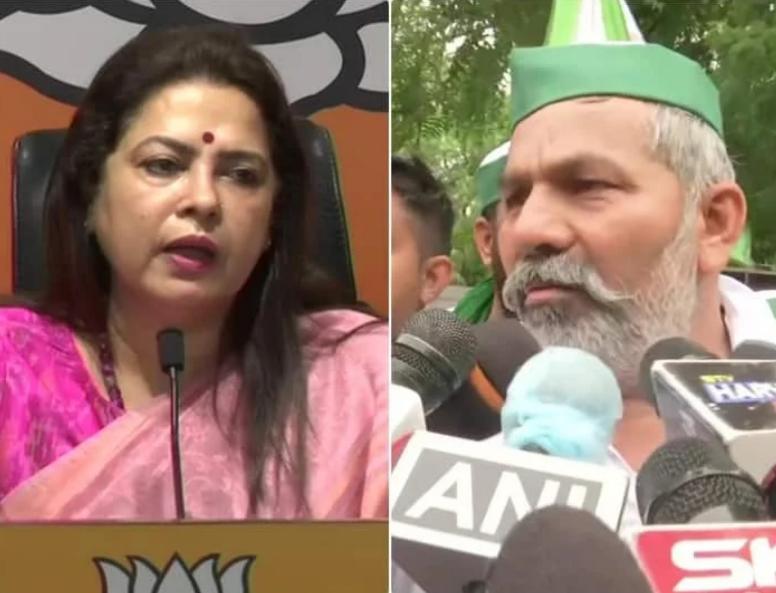 The Union Minister Meenakshi Lekhi passed a controversial statement for the farmers protesting against the Farm laws. She calls them ‘Mawali’.

She has said that those who are protesting are not farmers. Referring to the violence at Red Fort on January 26, Meenakshi Lekhi, MP from New Delhi seat, has also said that the protesters have a political agenda.

Due to this controversial statement of Meenakshi Lekhi, there has been an uproar on social media and many users have started demanding Lekhi's resignation. On the other hand, Tikait said on being called Mawali that such a thing should not be said for the farmers.

Meenakshi Lekhi, who came to BJP's press conference said in response to a question, "First of all stop calling them farmers, because they are not farmers, they got caught by conspirators. There are some people who are continuously doing these acts in the name of farmers. Farmers do not have time to come and sit at Jantar Mantar, he is working in his field. These are people hired by arhtiyas, who do not want the farmers to benefit.

Farmer leader Rakesh Tikait said that such a thing should not be said about the farmer. The farmer is the food provider of the country. This is also a way to agitate in a peaceful manner. As long as Parliament runs, we will keep coming here. If the government wants, talks will start.

Farmer leader Shiv Kumar Kakka said that such remarks are an insult to 80 crore farmers of India. If we are goons then Meenakshi Lekhi ji should stop eating the grains grown by us. They should be ashamed of themselves. We have passed a resolution in the 'Kisan Sansad' condemning this statement.