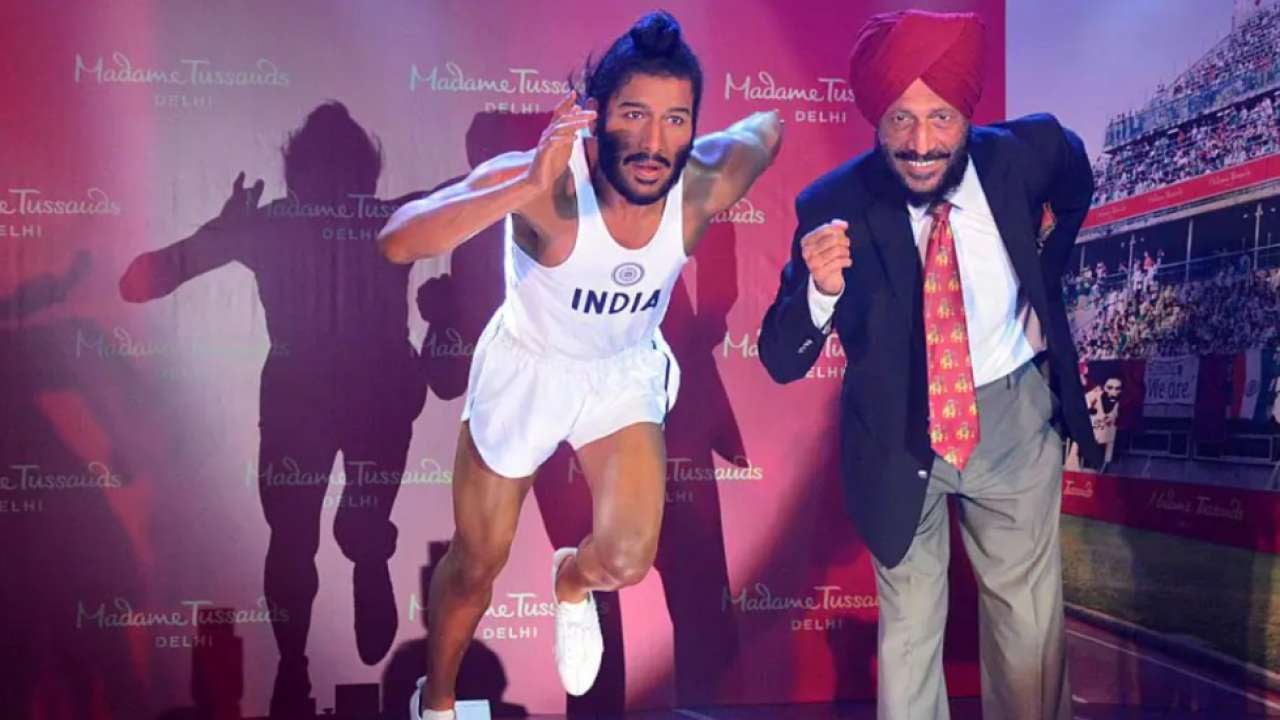 After that he made the railway platform his home. He was jailed for being caught traveling without a ticket. The same sister got her brother acquitted from Tihar by selling the shards of her hands. Disappointed with life, Milkha wanted to become a dacoit but at the behest of his brother Malkhan, he applied for recruitment in the army. He got selected in the fourth time.

As a soldier, he had to run a mandatory 5-mile run. The first ten visitors were to be given training to run. After running half a mile, Milkha started feeling pain in his stomach and he sat down. But someone within him was saying – “Get up! You have to make it to the first ten!” Milkha remained at number six. Later his officer told him during training that he would be prepared for the 400 meter race. Milkha asked - "How much does four hundred meters mean?"

In PICS: Inspirational Journey Of The Legendary Athlete ‘The Flying Sikh’

"A round of the field" he was told. "an ROUND ! only! It's nothing." Milkha thought. Five years later in 1956, Milkha Singh was representing India in the Melbourne Olympics. There were a total of eight heats in the 400 meter race. Milkha's number came in fifth. He finished last in the heat with a time of 48.9 seconds and was eliminated from the competition. Charles Jenkins of America won the gold medal by clocking 46.1 seconds in the final.

At the end of the competition, Milkha met Charles Jenkins with his broken English speaking partner. Milkha wanted to know how Charles does his training. Friendly Jenkins told one thing each. At the same time, Milkha decided that he would not stop until Jenkins broke the record.

Two years later, in a race held in Cuttack, he also showed this. They ran so fast that the judges could not believe it and they re-measured the track. Milkha Singh's name is associated with the historic race of the 1960 Rome Olympics, which turned him into a myth. He reached the final and, despite leading for half the race, missed out on a medal by a hundredth of a second.

In that race, Otis Davis and Karl Kaufman set a new world record while Milkha Singh set a national record with 45.73 seconds. It took thirty-eight years to break this record when Paramjit Singh took 45.70 seconds in Calcutta. Everyone knows a little bit about the adventures of Milkha Singh.

Many have seen him as a simple soldier in whose eyes a fire was lit all the time. He always attributed his success to three things – discipline, hard work and will. If these three things come in bus, then man can achieve everything in the world. Everyone knows this simple thing, but someone has the ability to use it in life. That's why we had only one Milkha Singh.