Punjab and its people are very well known for their affection, mouth-watering and spicy food, colorful festivals, Gurudwaras, and their rituals and traditions. 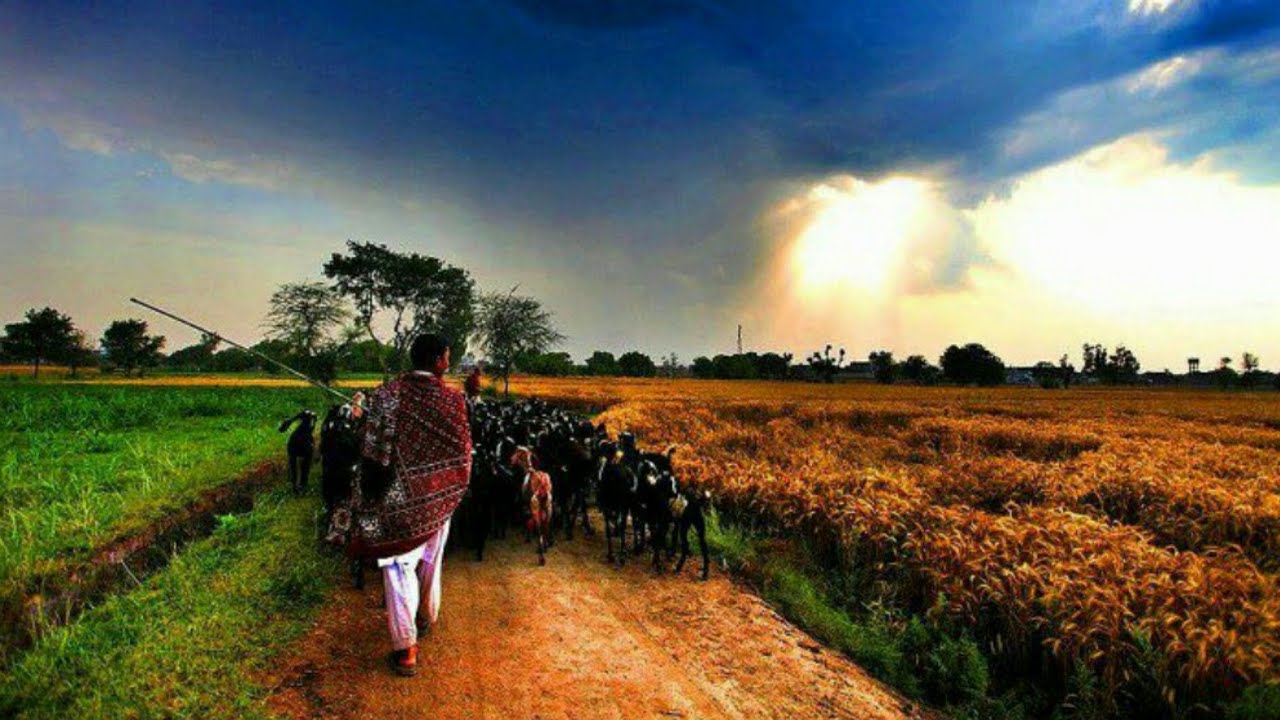 Punjab is located in the northwestern region of the Indian subcontinent. Present-day Punjab came into existence, post the partition of Punjab Province between India and Pakistan in the British era. Punjab has a history that dates back to some of the earliest civilizations that have existed on earth like the Indus Valley and Harappan civilization. Also, owing to its strategic location and fertility, it proved to be a great area for settlement for the foreign invaders – Greeks, Turks, Mughals. However, the downfall of the Mughal Empire saw the emergence of Sikhism in the region and today it dominates the entire Punjab. Punjab is historically very famous for its stories of valor, brevity, and sacrifice by the martyrs. Also, Punjab and its people are very well known for their affection, mouth-watering and spicy food, colorful festivals, Gurudwaras, and their rituals and traditions.

So what makes Punjab unique? Let's take a look:

From a Province to a State

The second unique fact about Punjab is that pre-partition of 1947, it was called the Punjab Province – the largest state and post partition, it was divided with not just another state; with another country – Pakistan, into two parts – Indian Punjab and Pakistani Punjab.

With one of the most fertile soil belts around the banks of river Indus, Punjab s the one unique state which shows the historical presence of the earliest civilizations – Indus valley and Harappan civilizations.

A Part of Two States

The Punjab as we know it, came into existence on 31st October 1966, with Himachal and Haryana being segregated as two different states. Chandigarh is a Capital of both Punjab and Haryana and is also a U.T. no other state has such a unique capital.

Origin and Cradle of Sikh Empire

Guru Nanak DevJi received His enlightenment and laid the foundation for Sikhism in the late 15th century. Punjab has the largest Sikh population in the world. The Sikh Empire flourished under the valiant rule of Maharaja Ranjit Singh in 1799. His reign marked the most prosperous and positive era with architectural miracles and a very stable economy. However, it came to a close in 1849.

The state of Punjab covers around 50,362 sq. km. of area. And has a population of 27 million.  The Sikh men are believed to be brave and very open-hearted. The people of Punjab are overall very hospitable and affectionate and most importantly they are connected to their roots and their tradition no matter how modern times get!

Home of the Holiest Sikh Shrine

Harmandir Sahib, better known as the Golden Temple is located centrally in Amritsar – the holy city of Punjab. The temple was designed by the fifth Sikh guru – Guru ArjanDev while the Golden Dome over the Gurudwara was built by Raja Ranjit Singh. It is one of the most pious Sikh pilgrimage places.

According to Sikhism, there are a total of five Takht( seating of God). Three out of these five are located in Punjab. Akal Takht is enshrined in the Golden Temple premises, while Takht Sri Damdama Sahib is in Bhatinda, with Takht Sri Keshgarh Sahib in Anandpur Sahib. The other two remaining ones are  Takht Sri Patna Sahib in Patna, Bihar and Takht Sri Hazur Sahib, Nanded, Maharashtra, respectively.

Of course! The traditional dances of Punjab – Bhangra, Giddha, Jhumar, Mirza, Jugni, Dhamaal, Gatka are funfilled and very hep! Equally melodious is the Punjabi music – Sufi or with Dhol Beats. No matter what the celebration- dance and music is a must for Punjabis.

The Great Granary of India

Due to the presence of so many rivers, Punjab is blessed with fertile soil. This is why it is an essential contributor to the production of the staple crops of wheat and rice, 17% and 11% respectively.  Agriculture is the largest industry in the state and about 84% of the land is under cultivation.

How can one forget the brutality at JallianwalaBagh at Amritsar? Several were massacred by the cold-hearted mass shootout ordered by general Dyre on the fateful day of April 13, 1919. More than 1500 innocent lives were lost and a lot of moire families were torn apart!  More than unique, the place gives you goosebumps when you think of the atrocities!

The Wagah-Attari border ceremony happens two hours before sunset everyday day. A marching ceremony, known as the "Silly Walk ceremony", is performed along with the flag ceremony by the Pakistan Ranger and the Indian Border Security Force (BSF). It is indeed a sight to watch! Post the partition of Punjab in 1947, Attari is a village that has been retained with Punjab while Wagah belonged to Pakistan.

Demand for a Separate Country

The 1970s and 1980s witnessed the Khalistan movement or the Sikh separatist movement, in Punjab which tore the state apart. Sikh militants were killed and imprisoned by the Indian Army, which led to bloody riots. Jarnail Singh Bhindranwale was blamed to be the influence behind the increase in Sikh militancy in the 1980s, which led to acts of outrage and assassination of the then Prime Minister of India, Mrs. Indira Gandhi.

Many great personalities have their roots in the soil of Punjab. Not just actors like Akshay Kumar, GippyGrewal, DiljitDosanjh but also sportspersons like Udham Singh Singh (Hockey Player), Yuvraj Singh, Kapil Dev. They have done wonders even in politics – Manmohan Singh, Zail Singh (7th President of India), Navjot Singh Sidhuare a few of such stalwarts. Famous singing legends  –Chamkeela, Gurdas Mann, Babuu Mann are of Punjabi origin. The popular comedian Kapil Sharma is from Amritsar. People of Punjab are not just talented, but they have the zeal and the zest to pursue that talent and make it their attribute, in any field – sports, drama, business.

Punjabi Cuisine has flavors to die for! Pickles, Lassi, Parathas(Flatbreads), kulcha, Rajma, Kadhi, Chicken Tikka, Tandoori Dishes, - whether it is appetizers or main course or dessert – Punjabi cuisine is irresistible. In sweets also, PanjeriLadoo, Halwa, and the KadaPrashad- you can just not stop eating! Needless to say, Punjabis have made their cuisine famous across the globe with their twist of desi ghee!

Punjabis love to carry their Punjabiness wherever they go. That is why today, they form the major ethnic groups in Canada, Australia, Germany, United Kingdom, New Zealand, United States, France, Italy, Spain, Dubai, etc. 2% of the Canadian population is just Punjabis!

The language of the Punjabis is very unique. It sets them apart from the rest of India. The language has been developed from the unique Gurmukhi script and has a typical accent of its own. When they talk in Punjabi, Punjabis feel at home.

A festival is incomplete without Punjabis! Their enthusiasm and spirit know no bounds! They know how to be happy and celebrate no matter what the festival is. The main unique festivals of Punjab include  -Vaisakhi), Lohri, Holi, Maghi, Teej, etc. Mixed with dance and music, Punjabis love to enjoy the festivals with great food.