10 Places In Punjab That You Cannot Miss To Visit!

Punjab has always been considered an ideal land for settlement by many civilizations due to its abundance in fertility and greenery.

Punjab, also synonymously known as ‘The land of five rivers, is one of the North-Western frontier states of India. Punjab has always been considered an ideal land for settlement by many civilizations due to its abundance in fertility and greenery. Punjab is also a state which is known for its cultural and religious diversity. The breathtaking landscape, iconic history, and world-famous religious sites make it a tourist hotspot! Here we give you the top 10 places that are a must-visit in Punjab:

‘IkOnkar’-  The paradigm for One God, One Universal Presence in Sikhism, reverberates inside you when you visit the most famous religious tourist attraction Golden Temple in Amritsar. Amritsar is home to many other historic attractions and shrines like the JalianwalaBagh, Wagah Border, Rambagh Garden, etc. What adds to the fervor is the Amritsari cuisine – AmritsariKulcha, Bhature, Jalebi with Rabri, Tikkas, and kababs! Your mind and mouth both will be swept off their feet! 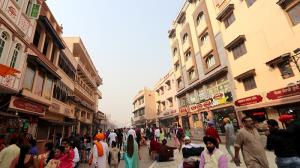 Chandigarh – the City BEAUTIFUL OF India, which also happens to be the capital of the state of Punjab and Haryana, and a U.T. is a very organized, clean, and green city. With roads running wide, Chandigarh is the city that connects Punjab with the Himalayas, as it lies on the foothills of the Shivalik Range. Chandigarh reflects modern India while preserving the traditional roots of Punjab. Following are the tourist attraction to definitely check out, in Chandigarh: 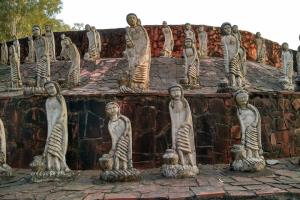 Also Read: Love baking but don't have enough ingredients? Check out these 15 hacks

Mohali, one of the cities which along with Chandigarh and Panchkulaforms the trifecta of Tricity, is named after Guru Gobind Singh’s eldest son SahibzadaAjit Singh, also called SAS Nagar. It is the neighboring city of Chandigarh with many parks and the Chandigarh International Airport and the Punjab Cricket Association Stadium. Mohali has now developed into an industrial hub with a lot many IT companies setting up their units over here. Also, with all comforts of a good scenic life amidst Nature, it is an amazing place for residential stays as well. The must-visit tourist attractions include: 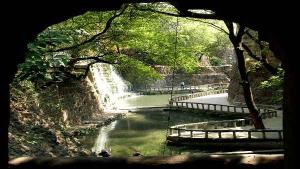 Jalandhar is very famous for its industrial production of sports goods. Jalandhar is another historical city of Punjab. Famous for its mention in the Hindu mythology Mahabharatha, it proudly boasts of a few historically significant attractions like:

Ludhiana is the largest city in Punjab and is the industrial capital of Punjab. Although it is a very technical city, with industries spanning everywhere, it does have its own historical contributions to boast about. A lot of martyrs belong to Ludhiana who sacrificed their lives in the struggle for India's independence. The Lodhi Fort was the official entrance to SikanderLodhi’s illustrious empire and honor for Maharaja Ranjit Singh. If you are visiting Ludhiana, then do not forget to explore:

Bhatinda is again one of the oldest cities of Punjab which dates back to 3000 BC. Therefore, it has witnessed the rise and fall of many civilizations. It is on the soil of this very city that Guru Gobind Singh challenged and fought the Mughals with chivalry and courage – like a true Sikh warrior. The following are the most popular tourist locations in Bhatinda:

Earlier referred to as the princely state of Punjab, Patiala, is one of the most Royal cities of Punjab. Presently it enjoys being called the ‘City of newspapers’. The city still retains its original magnanimous architecture which is a beautiful blend of Rajput, Punjabi, and Mughal cultures. The tourist attractions in Patiala include.

Pathankot enjoys its historical importance due to its strategic location; it is a confluence of Punjab, Jammu & Kashmir, and Himachal Pradesh. Flanked by the low-lying Himalayan Ranges on one side, the Shahpurkandi Fort built by Maharaja Ranjit Singh, along the Iravatiriver, now known as Ravi, demonstrates the culture and history of the particular era, it belongs to! The following list of places, are a must visit in Pathankot:

Kapurthala is a beautiful city known for its scenic beauty, spectacular architecture, and lush gardens, especially in British India. It was named ‘Paris of Punjab’. Its religious significance lies in the fact that Guru Nanak DevJi had attained his enlightenment in this city in 1499! Following places are the most important places to visit:

And, last but not the least, Ropar, better known as Rupnagar, is another ancient town in Punjab. Archaeological evidence suggests that Ropar was a part of the ancient Harappan Civilization. Also, it enjoys the privilege of being the first Harappan civilization in India that was excavated in independent India. The top destinations in Ropar include:

Now, with so much history associated with it, don’t you feel like planning a trip already to Punjab.? Why just History? Be it business, be it culture, architecture – everything! If you are someone who wants to delve deeper into the History and Culture of Punjab, then planning just one short trip will not cover all the places! However, please feel free to pick one place at a time and explore it to your heart's content. The best place about visiting Punjab is, while you are traveling and unraveling all the history of Punjab, you also know a part of Indian history!