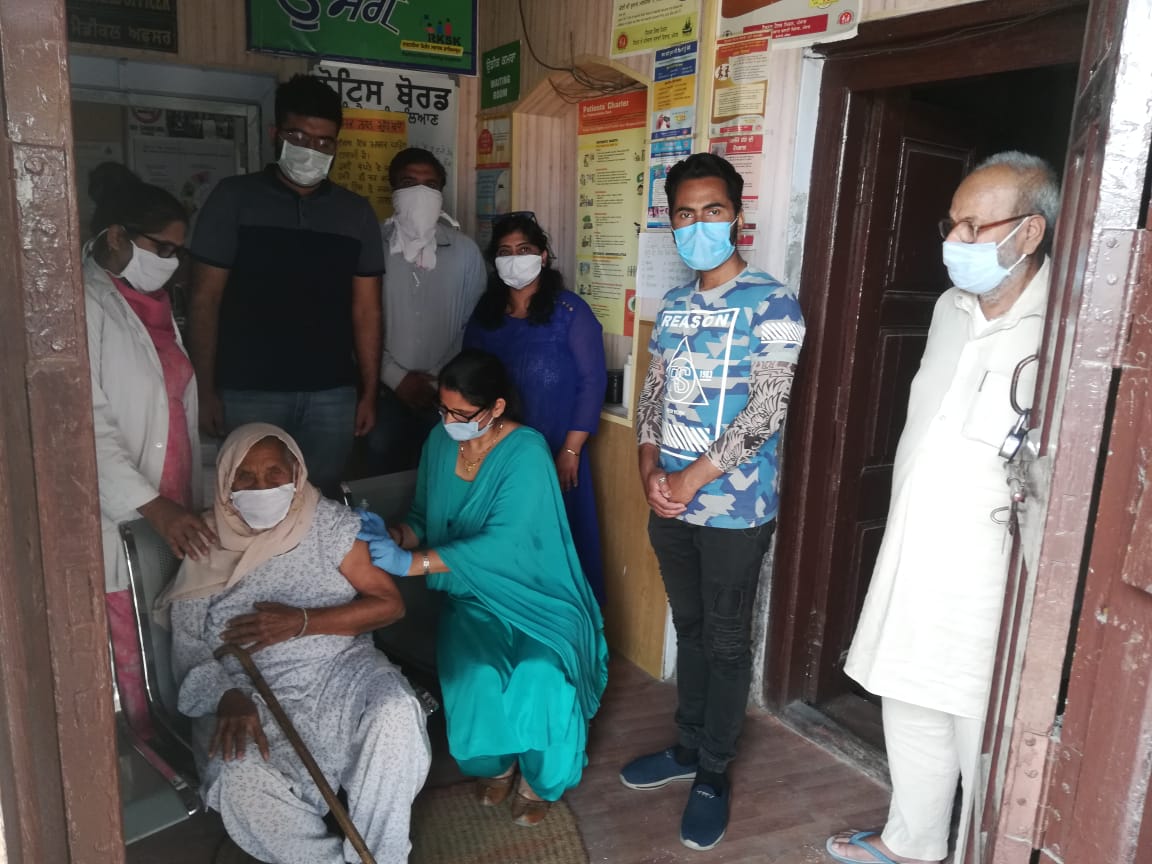 Three centenarians of the district have emerged as beacon to inspire the younger ones for coming up and joining the vaccination drive in Patiala thereby keeping the Covid 19 virus at bay.

In a rare example, Jattan Kaur of Villahe Biradwal who is 105 years old,104 years old Sita Devi of Kalyan and 104 years old Najar Singh from Rakhra have emerged as the face of vaccination drive in Patiala district, by getting inoculated themselves against COVID.

Jattan Kaur went to the special outreach camp organised at village Biradwal, in Nabha Sub Division, with her family and interestingly her third generation also accompanied her to witness her boldness and sincerity in this war against Covid. Even, her son and grandson also got the jab of Vaccine at the same time without any hesitation.

Her son Baldev Singh told that when they were getting ready for visiting vaccination camp organised by the  administration with the help of village Panchayat, her mother expressed her strong will to get the COVID jab first. He said that the courage shown by her mother was exemplary for the others too who were gathered there to get COVID jab. 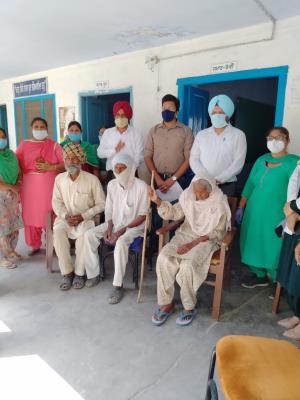 Another 104 years old, Najar Singh who was Vaccinataed at village Rakhra or Patiala District, also feeling morally boosted after getting the jab. He said when we have the option of vaccination against COVID then why we are reluctant to get jab, infact we should support the government's efforts to strenthen our immunity against this deadly virus, he added.

Deputy Commissioner, Kumar Amit who is leading the campaign in the district , while reacting to these good news of having vaccine jabs by centenarians said that these brave hearts have set an example for others too. He said, "we are approaching every nook and corner of the District to make all the eligible persons immunized against the COVID-19. He said the vaccination is the effective tool to reduce the mortality being caused by the pandemic by making their immunity strong.

Elaborating the ways adopted to ramp up the vaccination drive, the deputy commissioner Kumar Amit said that we are getting helps of Panchayats by arranging special outreach camps, of ward councillors,of religious organisrations to make our district safer.

Applauding the role of health workers in the drive, he said that they are working relentlessly despite of the increasing pressure due to their continue job. Similarly, Departmenst of Revenue and Rural Development and Panchayats, local bodies, Cooperation (Cooperative Societies), Mandi Board and religious people are contributing a lot by supporting our efforts. He said we have crossed a benchmark of 1.5 lakh jabs in our district and we hope, it will be doubled in next few days.

Get the latest update about Punjab, check out more about Sita Devi of Kalyan, Punjab India, covid19 vaccine & Punjab News