In today's time anything is possible. People do many different things. Someone talks about seeing aliens and UFOs. Some claim that aliens abducted her. Some women even claimed to have a physical relationship with aliens. Meanwhile, now a person has come into the limelight on social media by saying that he is trapped in the future.

He has uploaded many videos on Tiktok account. Empty roads, malls and houses are seen in these videos. No other person is visible in these videos. The person says that all these videos are from 2027. The world will look like this after 6 years from today. He has gone to the future by mistake. He can't seem to figure out a way to get him back. In such a situation, it is finding it very difficult for him to spend one day in 2027. 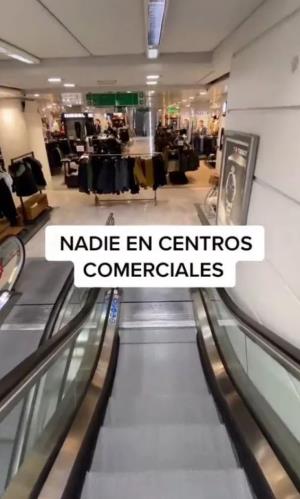 One user said they saw boats leaving trails in the ocean in the background of one of the videos and someone else noted the empty shops and restaurants he visited – including McDonald's and Lush cosmetics – appeared to be clean and free of dust.

But many people were convinced the TikToker really was a time traveller from the future who was somehow sharing videos with people living now in 2021.

He calls himself Javier and goes by the Instagram handle @unicosobreviviente. He said that he lives in a deserted city in Spain as the last human alive, and he spends his time documenting the empty streets.

And now he's shared another video, in which he walks down a 'secret passageway' that resembles a nuclear bunker, and says that he'll have to get used to solitude as he'll be here alone forever.

Some people called him a liar and mocked him as well for his posts.