Fans started assuming that Sumona Chakravati has quit the show as she was not present in the promo, recently released on Sony TV. On Friday, Archana Puran Singh speaks about the same. 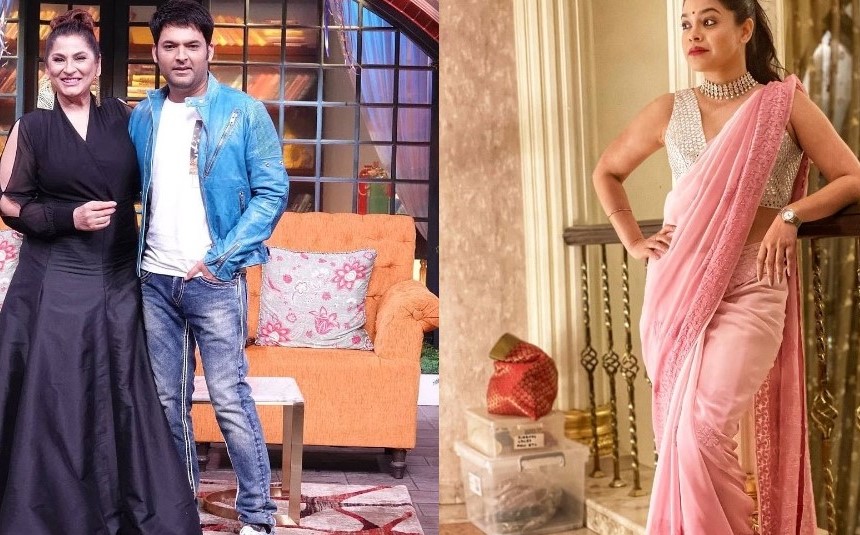 The most loved comedy reality show “The Kapil Sharma Show,” is back on the television with a bang! Recently, the promo of the show was released on Sony TV, but the curiosity of the fans increased when Sumona was not featured in the Promo. The promo included Kapil Sharma, Bharti Singh, Krushna Abhishek, Sudesh Lehri, Chandan Prabhakar, Kiku Shard and guest judge of the show Archana Puran Singh. Fans started assuming that Sumona has left the show and recently an Instagram post by Sumona Chakravarti fuelled the rumours.

On Friday, the laughing queen and judge of the show was interviewed by the media channel AajTak, where she revealed that Sumona is still part of the show and would be seen in a new avatar which would definitely increase the interest in the show. She further added that people who are thinking that Sumona would not be a part of the show there is a big surprise for them! She said, “If you think that Sumona is not in the show, then you are going to get a surprise soon. There is Sumona in the show but her avatar will be very different, but we will have the same lovely Sumona.”

She further said that there is a new entry in the show – Sudesh and the rest are the same. She said, “At present, only Sudesh Lahiri‘s entry has taken place in the show. The rest of the team is old…The set on the show is new, You will see Kapil Sharma’s family extension. You will see a little new background on the set.”

Sumona is seen as Bhuri and Kapil’s wife in previous seasons of the show.