According to information, there are a number of MLAs who are elected to Punjab Assembly for the second or third time and they are also getting separate pensions for each term. 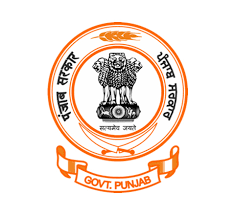 The Punjab Government which is already reeling under heavy debt is very generous to its MLAs. According to information provided by the Punjab Legislative Assembly under Right To Information (RTI), there are 93 MLAs out of 117 in the state, whose income tax is being paid by Punjab government.

The name in the list including Parkash Singh Badal, the five-time CM of the state and Navjot Sidhu, the new chief of Punjab Congress, who claimed to change the system and return the power of their tax to the people in the form of development.

According to information, there are a number of MLAs who are elected to Punjab Assembly for the second or third time and they are also getting separate pensions for each term. In the last four years, the government has reportedly paid Rs. 2.75 Crore towards Income Tax of the MLAs.

According to the CAG report, in the year 2006-07, Punjab had a debt of 40 thousand crores. After 10 years of Akali-BJP coalition government, this debt increased to 1 Lakh 53 thousand 773 crore in 2016-17. After this the Congress government of Captain Amarinder Singh came to power.

Now even in the last four years, the economic condition of the state could not come back on track. According to the CAG's estimate, this loan will increase to 3.73 lakh crore by 2024-25. Despite this, instead of repaying the loan, the government is showing generosity to the MLAs in this way.

The information further stated that a total of 282 former MLAs are taking pension in Punjab. Of these, there are more than 129 MLAs who are taking more than one pension. MLAs get 15 thousand pension for the first term. After that, there is an increase of 10 thousand rupees each for every term. Apart from this, DA is also being paid to them separately. There are many such leaders including former CM Parkash Singh Badal in Punjab, who have been MLAs many times and they get lakhs of rupees in pension only.

Notably, unlike this generosity of Punjab, MLAs in Haryana have to pay income tax on their own from the salary they get.