Triple Murder in Chhattisgarh: Killer calls victim's mother to save her

A couple and their 1-year-old baby girl were found burnt to death inside their house in Chhattisgarh's Raipur. 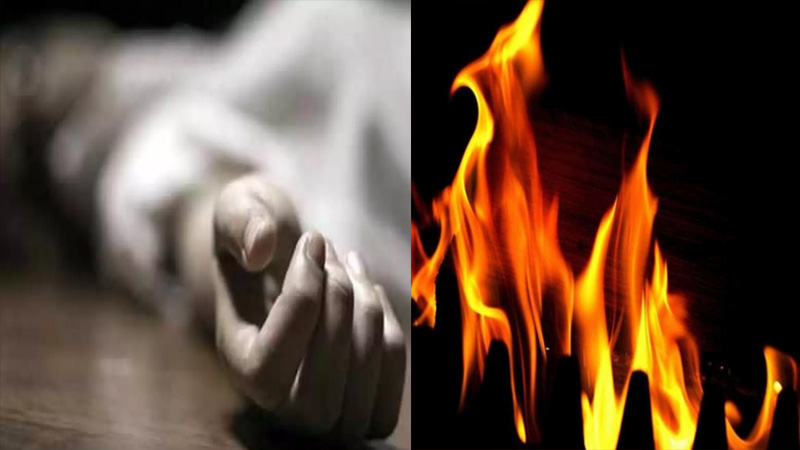 The mother of the woman received a call in which a man told her that her daughter is burning at her house.

The triple murder has blown the minds of the natives and traumatised them. According to a report, the insides of the house portrayed brutal acts performed on the three deceased by the killer before they were finally burnt.

When the Kotwali Police entered the house, it bore a malodour of burning flesh and walls had blood spattered all over them. The two adults were subjected to inhumane brutalities while the baby was smothered.

The former husband of the deceased woman has fled away since the day of the triple murder in Chhattisgarh's Durg district. Cops are suspecting his involvement in the killings.

The woman has been identified as Manju Sharma, who had married a carpenter named as Ravi Sharma. The victim's mother got a call from her number on Tuesday morning in which the unidentified caller told her, "Your daughter and her husband are burning, come and see."

After receiving the call, the mother informed the police, who rushed to the house and found the three charred bodies lying inside the house. Police found the body of Manju tied up, her hands and feet were tied with ropes while her mouth was shut with a duct-tape.

According to police, the woman and her husband were killed before their bodies were set on fire while the baby was suffocated to death.

The killer has also left a note outside the door of the house where the three bodies were found. The note read, "The woman had multiple affairs with men and that caused the death of my brother."