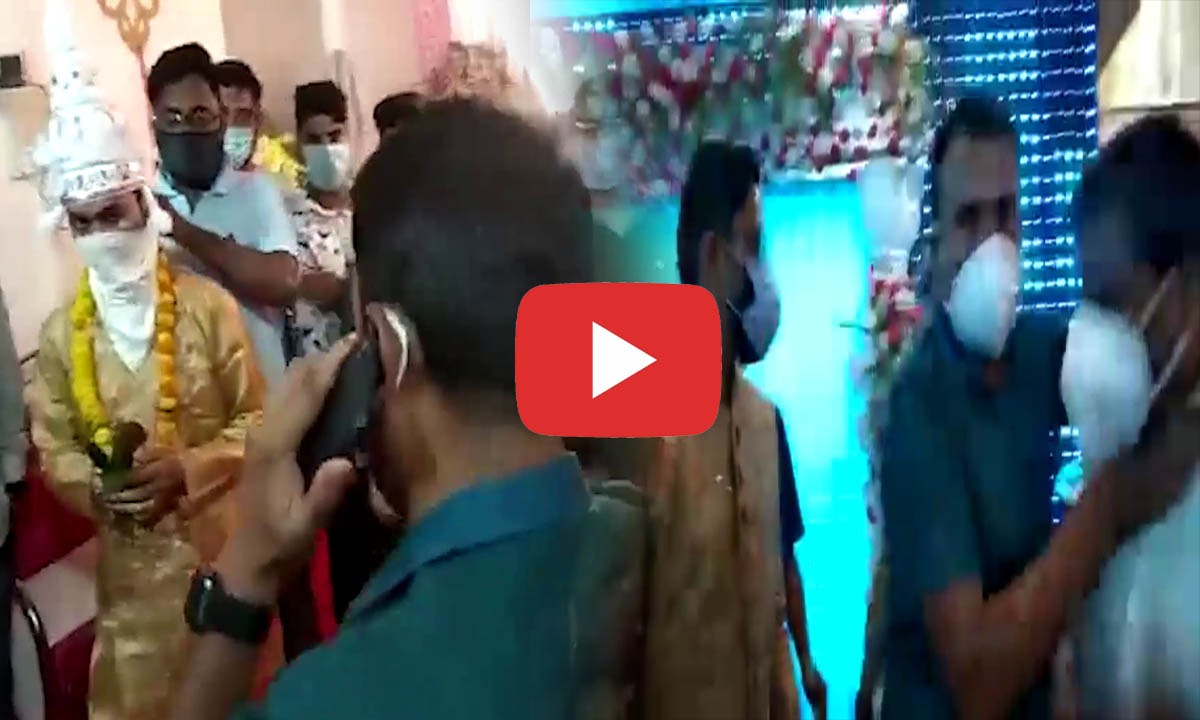 In a new viral video clipping, the DM of West Tripura is seen raiding two separate marriage ceremonies for flouting the night curfew imposed in the area by the Tripura government.

In the video, the district magistrate Sailesh Kr Yadav can be seen raiding the marriage halls and forcing out the invitees in a very aggressive manner even to the extent of hitting the people present.

The DM then went on to direct the police to arrest the entire crowd, including the bride and bridegroom for violating the Epidemic Diseases Act, Disaster Management Act and Night Curfew. He also expressed his discontentment against the police for not cooperating with the administration.

"All these people are highly educated but they do not follow the norms amid the alarming rise in coronavirus cases. These people on the other hand would accuse the government of doing nothing. I also suggest suspending the officer-in-charge of the West Agartala police station," the officer said in the video.

He recommended that the government suspend the OC of East Agartala police station and some on-duty police personnel who were not obeying his orders.

This act of the IAS officer has been widely criticised after the videos went viral. An MLA of the ruling BJP also slammed the officer for his behaviour.

"The DM physically harassed and abused the priests of the marriage ceremony, bridegroom and others," BJP legislator Sushant Chowdhury said in a social media post.

DM Sailesh offered his apology today and said that he was just performing his duty.

"If anyone got hurt due to my action, I am apologising for that. I have done this for the larger interest of society and the people. I have taken the strict action to give a message to the people to maintain the government SOP," Yadav told local television on Tuesday night.

As many as 31 people, including 19 women, were detained from a marriage party in Tripura for violating the night curfew and other SOPs enforced to check the Covid spread. However, in another raid at a marriage party in the city, no detentions were made.

Tripura Chief Secretary earlier in an order last week imposed a night curfew in the Agartala Municipal Corporation area from 10 p.m. to 5 a.m. from April 22 onwards. The order said that in closed spaces, a maximum of 50 per cent of the seating or hall capacity should be allowed for any social, cultural, entertainment or political gathering with a ceiling of 100 persons while in open spaces, higher numbers may be allowed based on the size of the ground with a ceiling of 200 persons.

Get the latest update about covid 19, check out more about Disaster Management Act and Night Curfew, DM physically harassed and abused the priests of the marriage ceremony, true scoop news & covid protocol violations