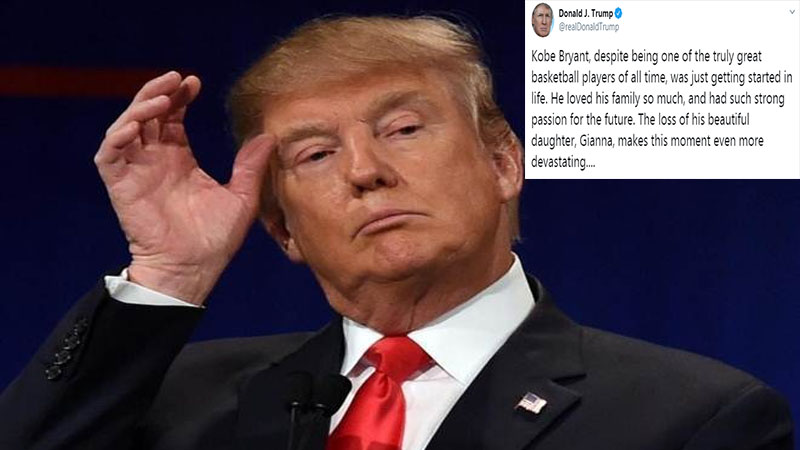 However, the author of that message, posted in 2017, was Kobe Bryant himself : "A POTUS whose name alone creates division and anger, whose words inspire dissension and hatred, can't possibly 'Make America Great Again'."

You all might be wondering what actually instigated Kobe to air his political views?

Get an overview attached.

When Trump had just rebuked NBA players by withdrawing an invitation to the White House for Stephen Curry of the Golden State Warriors (an NBA team based in San Francisco, California), after Curry said he personally was not interested in going.

Following the issue, Kobe himself jumped into the matter and raised its weight.

When Kobe Bryant and his daughter Gianna died in a helicopter crash this weekend, and Trump tweeted a condolence message, some Twitterati drew the POTUS's attention to the 2017 episode.

But that wasn't all. Some of them also pointed to Barack Obama's message for Kobe Bryant's family and accused Donald Trump of plagiarism.