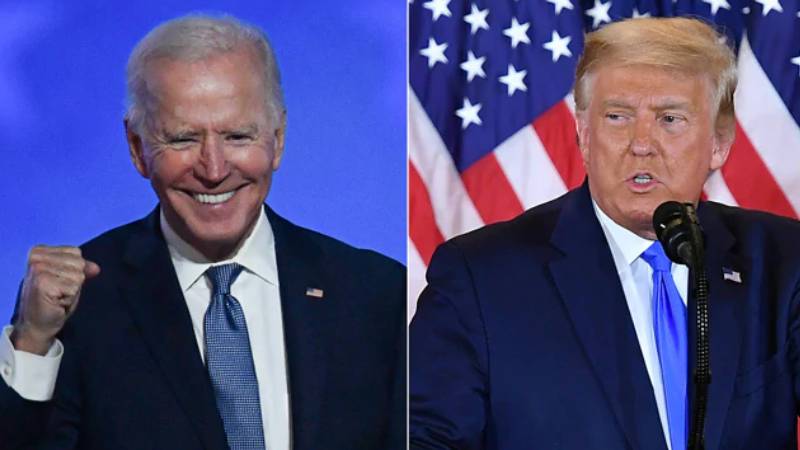 A county in Michigan has been found to have been diverting some of the votes cast for President Donald Trump to Democratic Party presidential candidate Joe Biden.

The vote counting irregularity happened in Antrim county in the state where Biden has a lead of only 2.7 percent.

While admitting that it happened, Michigan's Secretary of State Jocelyn Benson asserted that it was due to an "accidental error" by the county clerk.

A statement on her website claimed that the "equipment and software did not malfunction and all the ballots were properly tabulated, but "the clerk accidentally did not update the software used to collect voting machine data and report unofficial results".

The office of the Secretary of State in Michigan, which oversees the election process, is an elected office and Benson ran as a Democrat.

Trump has alleged that there was fraud in the elections which most of the media and politicians of all affiliations have denounced as attempts to undermine public trust in the election machinery.

Detroit Free Press quoted Antrim county clerk Sheryl Guy as saying that officials had sent the initial results to the state without checking them.

The newspaper said that Biden had been shown leading Trump by about 3,000 votes in the country, and the numbers were questioned as it was a heavily Republican area.

Also Read: US Elections and booze connection: 75%-33% additional liquor was purchased by the supporters' of Trump-Biden

When the "printed tabulated tapes" that kept a record of the actual voting were manually entered into the system, Trump was found to have a lead of about 2,500 over Biden, it said.

The difference of over 5,500 votes that have been reclaimed to the Trump column is unlikely to change the results for Michigan, which Trump won in 2016. but is now behind by about 146,000 votes.

Earlier, officials in Georgia had said that there were problems with memory card corruption in one place and errors in uploading votes into the system.