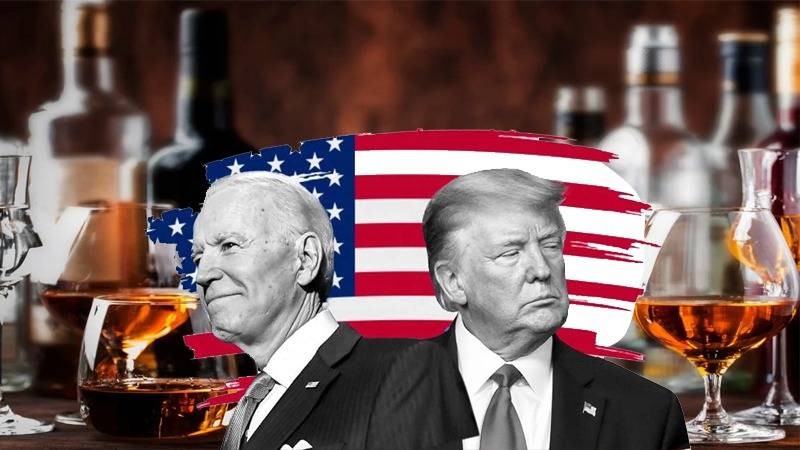 United States Presidential Elections took place on November 3 and the nation is eagerly waiting for its new President. Although votes are being counted, Donald Trump and Joe Biden are witnessing a nail-biting finish. As of now, Joe Biden is winning the elections with 264 electoral votes whereas, Trump stands behind him at 214.

However, an interesting fact has come into the limelight which indicates the bizarre connection between liquor and election. Reportedly, on November 3 i.e. the day of voting, America recorded an additional consumption of booze.

Were Democrats sure about their win?

According to the statistics of an American company regarding alcohol consumption on Election day, democrats were pretty sure about their win. This could be the possible reason behind the increased sales of liquor. Notably, Democratic states where the sale increased by 75% are under the control of President candidate Joe Biden. Some of the prominent 'blue' states are California, Connecticut, Oregon, Massachusetts, New York, Rhodes Island, Washington, New Jersey, Illinois.

Did Republicans know the results?

Those states which are under the control of the Republican party led by Donald Trump recorded a mere spike of 33 percent in the sale of liquor. According to the results, Donald Trump has not garnered many votes as Biden thus is lagging behind him at 214. Despite this, Trump is fervent enough that he will win the race again. Some of the 'red' states are Wyoming, Idaho, Louisiana, Tennessee, Missouri, Oklahoma.

Swing states also called fate deciding states have shown interesting figures this time. The voters of these states keep on switching between the parties and their contesting elections. However, this time, nine states were considered to bring a twist to the fate of Trump or Biden. Swing states are Colorado, Florida, Minnesota, North Carolina, Ohio, Arizona, Georgia, Pennsylvania, Texas. Here, the hooch sale increased by 55 percent.

The survey was based on the consumption of alcohol, wine, beer, and marijuana.

Get the latest update about Donald Trump, check out more about English News, Joe Biden, US Elections and Booze Connection & Top World News