Asserting that Twitter was given several opportunities to comply with the new IT rules, Ravi Shankar Prasad said it deliberately chose the path of non-compliance. 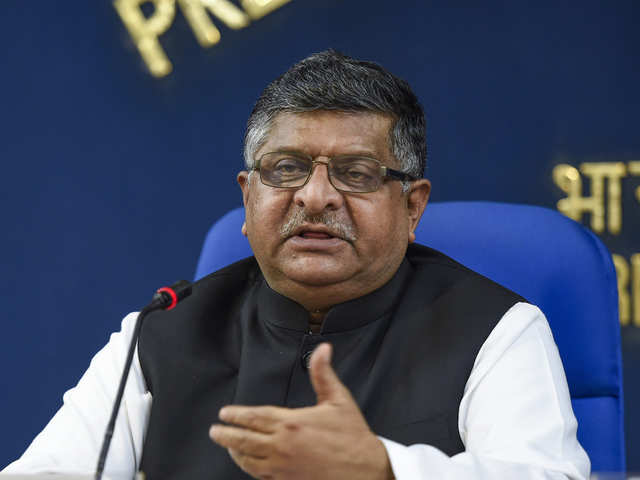 IT Minister Ravi Shankar Prasad on June 16 posted a post statement on the Social media platform saying that Twitter failed to comply with the intermediary guidelines and had deliberately chosen the path of non-compliance despite granting multiple chances.

“It is astounding that Twitter, which portrays itself as the flag bearer of free speech, chooses the path of deliberate defiance when it comes to the Intermediary Guidelines,” Ravi Shankar Prasad said.

Sources say “the government believes that whoever has not yet complied with the guidelines has lost the intermediary status,” adding that any penal action applicable under the IPC section will apply to Twitter.

Meanwhile, Twitter, reassuring that it is making all efforts to comply with the new digital laws, said that it has appointed an “interim chief compliance officer” and will be sharing details with the Ministry directly soon.

“Numerous queries are arising as to whether Twitter is entitled to safe harbour provision. However, the simple fact of the matter is that Twitter has failed to comply with the Intermediary Guidelines that came into effect from the 26th of May,” Mr Prasad said in a series of posts on the Made in India microblogging platform Koo.

He also said that the American social media firm was “given multiple opportunities to comply with the same, however, it has deliberately chosen the path of non-compliance.”

“The culture of India varies like its large geography. In certain scenarios, with the amplification of social media, even a small spark can cause a fire, especially with the menace of fake news. This was one of the objectives of bringing the Intermediary Guidelines,” he added.

“Further, what is perplexing is that Twitter fails to address the grievances of users by refusing to set up processes as mandated by the law of the land. Additionally, it chooses a policy of flagging and manipulating the media, only when it suits its likes and dislikes,” he wrote.

Citing the recent Uttar Pardesh incident of an old Muslim man being assaulted by a group of people, the Minister said the incident is illustrative of Twitter’s arbitrariness in fighting fake news.

“While Twitter has been over-enthusiastic about its fact-checking mechanism, its failure to act in multiple cases like UP is perplexing & indicates its inconsistency in fighting misinformation.”

Any Indian companies be it pharma or IT or any other that go to do business in foreign nations voluntarily follow their local laws, Mr Prasad said, further questioning “why platforms like Twitter showing reluctance in following Indian laws designed to give voice to the victims of abuse and misuse?”

Earlier this month, the government had given Twitter the last chance to comply with all the new IT rules that came into effect on May 26 and issued a strict warning that failing to adhere to the norms will lead the platform to lose exemption from liability under the IT Act. The firm was questioned for not providing information about the Chief Compliance Officer as required under the new laws. The Ministry also flagged that resident grievance and nodal contact person nominated by the company are not employees of Twitter India who should be an India as directed in the rules.