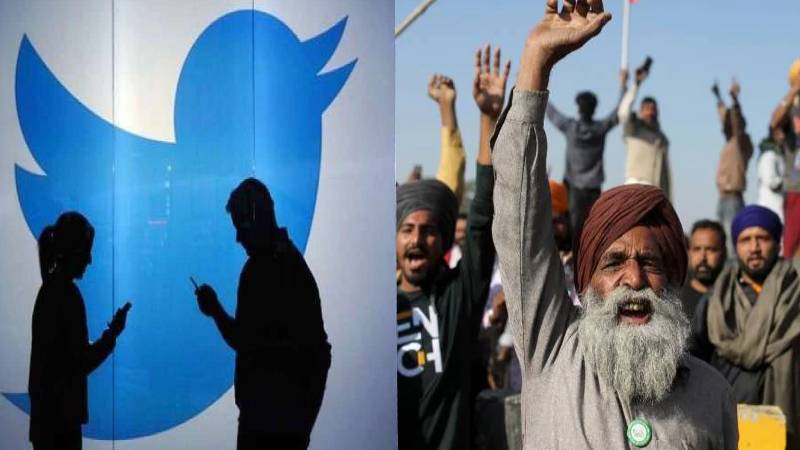 Twitter has suspended 500 accounts forever due to the government's strictness on social media amid the farmers' movement. In response to this, the government had given notice to Twitter to remove several controversial accounts and hashtags. The social media company gave this information on Wednesday. Twitter said that the accounts which have been suspended were violating the policy of the company.

The government had given notice to Twitter under Section 69A of the IT Act. This section provides for a jail term of 7 years. It was said in the notice that if Twitter does not take action, then legal action will be taken on it. The government issued a notice to Twitter ordering it to remove over 1,400 accounts related to the ongoing farmers' protest against the three farm laws.

Following this, Twitter took action against 500 accounts and also shared its official statement.

Twitter in its statement said, "We believe transparency is the foundation to promoting healthy public conversation on Twitter and to earn trust. It is critical that people understand our approach to content moderation and how we engage with governments around the world, and that we are transparent about the consequences and the results of this work."

"Following the reports of violence in New Delhi in recent weeks, we wanted to share a granular update on our proactive efforts to enforce our rules and defend our principles in India. Twitter exists to empower voices to be heard, and we continue to make improvements to our service so that everyone — no matter their views or perspective — feels safe participating in the public conversation," added Twitter.

According to Twitter, the visibility of hashtag containing objectionable content has also been reduced in view of incidents of violence in the past weeks. Also said that after the violence on Republic Day in Delhi, they are giving regular updates about the steps being taken to implement their rules in India.