"Let there be a sea of devotion in Pandharpur, and warkaris be permitted to conduct 'wari' on foot again,” prayed CM Thackeray 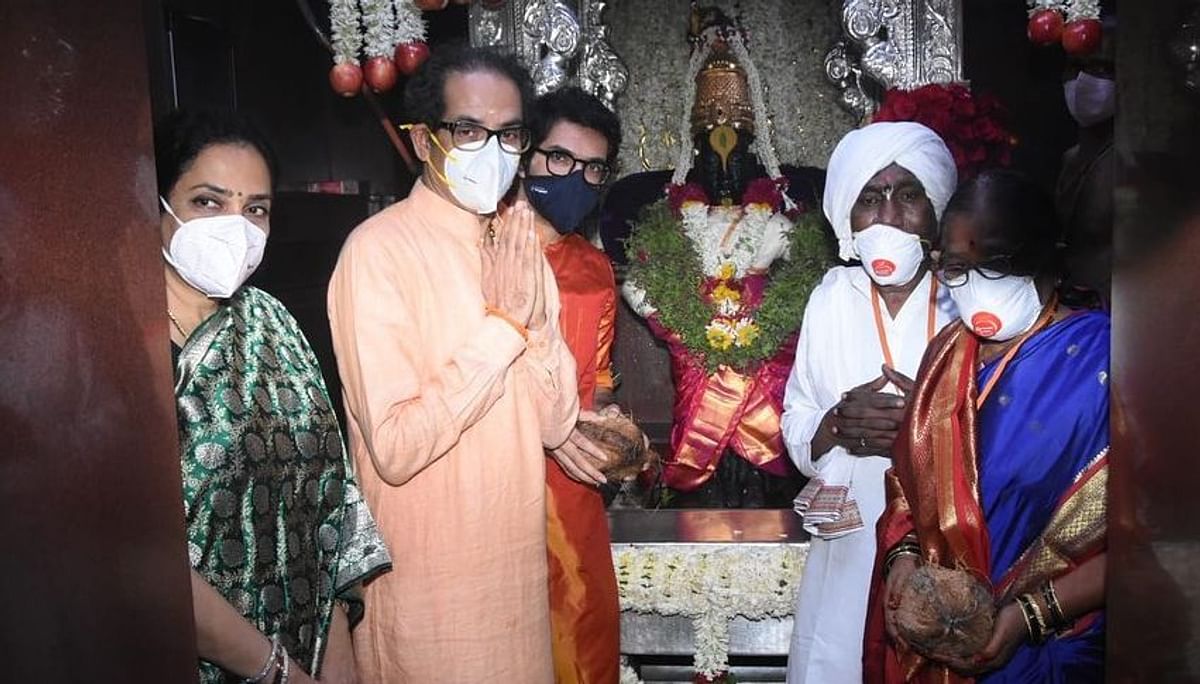 On the occasion of ‘Ashadhi Ekadashi’ Maharashtra Chief Minister Uddhav Thackeray along with wife Rashmi Thackeray, today performed the "maha puja" of Lord Vitthal and Goddess Rukmini at a temple in Maharashtra's Pandharpur.

In the maha puja performed by CM at 2:30 am, he prayed to God for the end of Covid-19 crisis and good health of his people.

The Hindu festival of 'Ashadhi Ekadashi' is one of the most important and auspicious festivals of the state. It marks the end of a pilgrimage known as "wari". The devotees, known as ‘warkaris’ undertake the pilgrimage from across the state on foot to reach the Pandharpur temple town.

However, following the Covid situation, likewise last year, this year too the state administration barred the pilgrimage on foot.

Performing the Mahapuja, CM Thackeray said, "Let there be a sea of devotion in Pandharpur, and warkaris be permitted to conduct 'wari' on foot again.”

“I prayed to Lord Vitthal to eradicate COVID-19 and bless people in the state with good health,” said Thackeray.

CM’s son, Aditya Thackeray who is also a state minister was also present on the occasion.

"I've seen lakhs of warkaris here and the sea of devotion that flows through Pandharpur every year. I'd like to see that sight again, and I'm praying to Lord Vitthal to restore it by ending the COVID-19 crisis,” said Mr. Thackeray.

He recalled that lakhs of devotees used to come here on foot on this auspicious occasion. Many of them could not even go inside the temple for ‘darshan’ and used to return home by just praying from outside.

“It is the devotion that makes them come here on foot and this provides a strong foundation on which the state and the nation are standing," he added.

Uddhav Thackeray described himself as ‘fortunate’ that he got the opportunity to come to Pandharpur and perform the "maha puja".

Following the Mahapuja, CM Thackray asked Solapur district Guardian Minister Dattatray Bharne to showcase this heritage to the world and suggested undertaking a project for it.

On the behalf of state government, he also gave a cheque of Rs 5 crores to the Pandharpur Municipal Council.