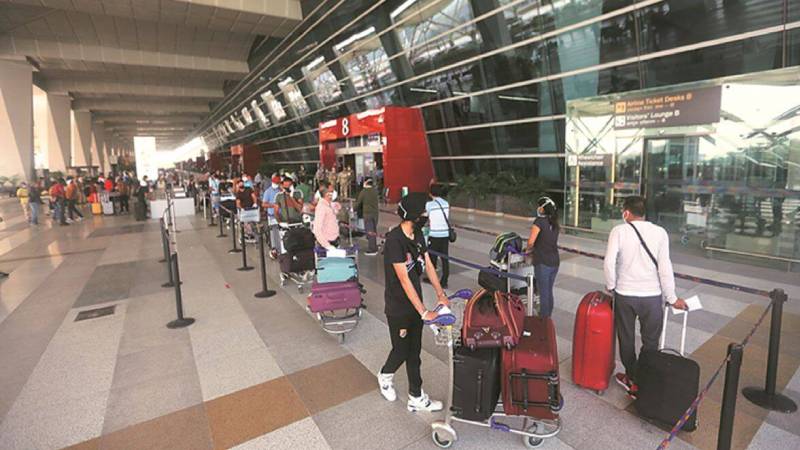 Amid the unprecedented surge in the Covid-19 cases, the United Kingdom government on Monday has decided to add India to the list of travel red-list countries to contain the spread from the Indian arrivals in their nation.

The UK and Irish natives who have been in India in the last 10 days have been directed to complete a mandatory stay in a government-approved quarantine hotel for 10 days when they return to the UK. The rules, however, will come into effect from April 24.

The latest curb was announced by Britain's Health Minister Matt Hancock in the House of Commons stating," We have made a difficult yet significant decision to add India to the travel Red List. This means anyone who is not the UK or Irish resident or a British citizen can not enter the UK if they've been in India in the past 10 days."

The UK Parliament confirmed it after detecting the latest infection cases of Indian variant identified in Britain which has been escalated because of the international travels.

According to Hancocks, the latest samples have been analyzed to assess if the new variant has any 'concerning characteristics,' including the high rate of transmission or resistance to treatments and vaccines.

"It is just as a precautionary measure that we have added India to the red-list after studying the data," Hancock added.