Scam 1992 and The Big Bull are broadly based on the stockbroker Harshad Mehta’s life and the securities scam of 1992. 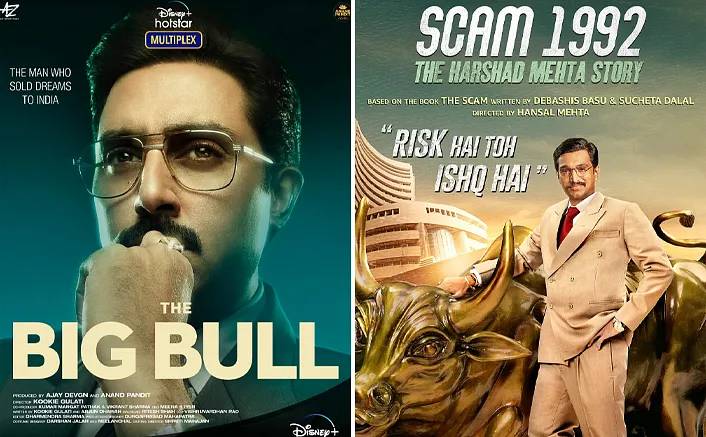 Filmmaker Hansal Mehta on Friday reacted to a netizen comparing the upcoming Abhishek Bachchan-starrer film "The Big Bull" with his popular web series "Scam 1992". The film and the series are broadly based on the securities scam of 1992 and stockbroker Harshad Mehta's life. After watching the trailer of The Big Bull, starring Abhishek Bachchan, Mehta has addressed comparisons of the new film with his web series.

Hansal Mehta's assertion comes on the same day that the trailer of "The Big Bull" was launched by producer Ajay Devgn on Twitter.

"Please don't make unfair comparisons. There can be multiple tales of the same story. Every story-teller will have his way and should be seen independent of the other. This film has so many talents involved just like my show. They've done their best and they deserve your love," Hansal Mehta tweeted.

"And very intriguing trailer with such phenomenal actors. You are in great form @juniorbachchan. More power to the entire team of #TheBigBull on @DisneyPlusHS," he added about the trailer.

Mehta's tweet came in response to a user who commented on Ajay Devgn's tweet saying: "Appreciate efforts bt not the standard of @mehtahansal and @pratikg80 's #Scam1992 .... Baap of all web series."

Pratik Gandhi, who played the lead in the SonyLiv show, Scam 1992 too sent their best wishes to The Big Bull team amid the comparison. “Congratulations @juniorbachchan and the whole team of #TheBigBull. The trailer looks promising. Looking forward to watch the film,” Pratik wrote.


"The Big Bull" is directed by Kookie Gulati, and is slated to drop digitally on April 8, 2021, on  Disney+ Hotstar VIP and Disney+ Hotstar Premium. Abhishek plays the role of a stockbroker Hemant Shah. The movie also features an ensemble cast including Ileana D'Cruz, Nikita Dutta and Sohum Shah in pivotal roles and is produced by Ajay Devgn, Anand Pandit and co-produced by Kumar Mangat Pathak and Vikrant Sharma.