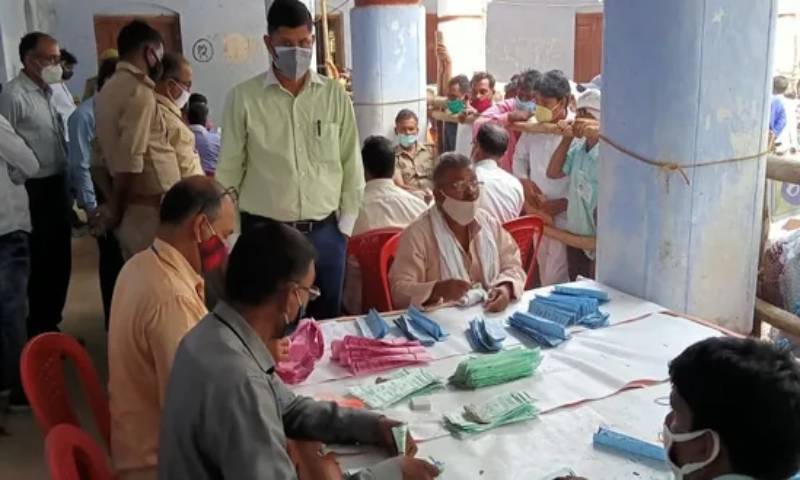 After witnessing a massive setback in West Bengal Assembly Elections seems like BJP is heading towards failure in UP Panchayat Polls 2021 Results too.

It may be noted here that counting for the Uttar Pradesh elections, which took place in 4 phases, is still underway in many districts which began on Sunday afternoon.

These elections were considered significant for BJP as it would decide the fate of the party for the Assembly Elections 2022. However, CM Yogi Adityanath led the BJP initiative to commence the construction of the Ram Temple sung a new rhyme in UP as the early trends project, the saffron party might face defeat on most of the seats this time.

In Ayodhya, SPA has been able to secure 24 seats while BJP is trailing with 8 in their favor. These are mere early trends that have landed BJP in a worrisome situation.

In Western UP, the farmers’ movement tainted BJP’s image and reportedly the party has lost significant support from the food producers. In Bagpat, RLD is maintaining while BJP is far behind.

Notably, for the election on 79 seats, 350 filled their application to contest. Most of the applicants were party leaders and on not getting the ticket, a confrontation within the leaders dwelled. Those who boycotted the party were shown the way out for 6 years. This could also be considered as another rationale why BJP is not able to bloom its lotus.