Upcoming shows, web series, movies to watch in May 2022

Are you looking for something to watch this month? We have a list of the best movies and web series available on OTT platforms this month on Netflix, Amazon Prime Video, and Zee5. 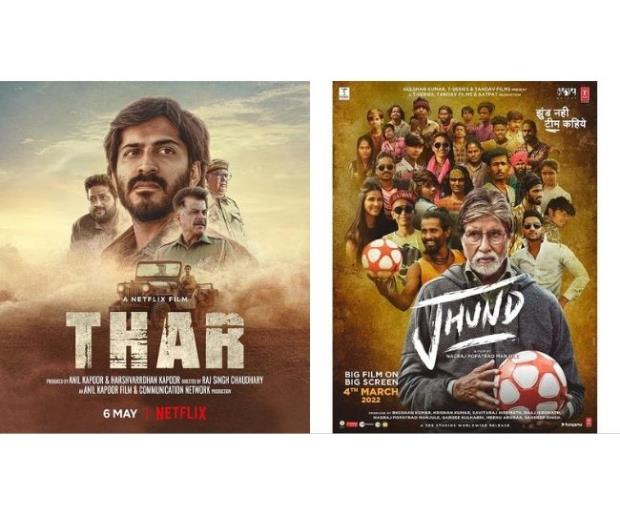 1. Streaming Platform: Zee5
Date: 13th May 2022
The Kashmir Files, directed by Vivek Agnihotri, is a heartbreaking film that is based on the real-life sufferings of Kashmiri pandits.
The film, which stars Anupam Kher, Mithun Chakraborty, Pallavi Joshi, and Darshan Kumaar, has been released digitally on May 13 in Hindi, Tamil, Telugu, and Kannada.

The sports drama, directed by Nagraj Manjule, stars Amitabh Bachchan as Vijay Barse, a retired sports teacher who created the Slum Soccer NGO.
The film follows the path of a former athlete who dedicated his time and money to teaching impoverished children how to play football in order to keep them away from drugs and crime in the town.

4. Streaming Platform: Netflix
Date: May 6, 2022
Thar, the much-anticipated action thriller starring Anil Kapoor and Harshvardhan Kapoor, has been premiered on Netflix.
The filmmaker Raaj Singh Chaudhary's play recounts the story of an antique trader and a local cop who become engrossed in a mystery unfolding in the background.
The film also features Fatima Sama Shaikh, Mukti, and Satish Kaushik in important roles.