The Taliban said that a U.S. airstrike targeted a suicide bomber in a vehicle Sunday who wanted to attack the Kabul international airport amid the American military’s evacuation there 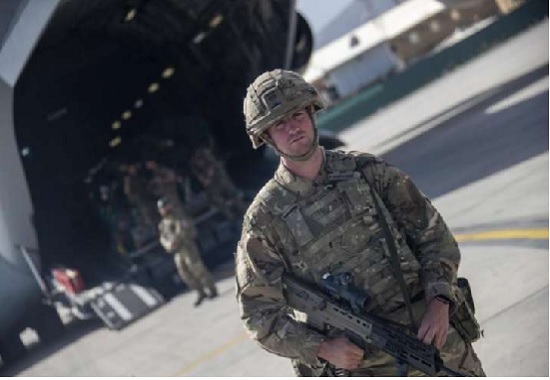 A U.S. drone strike on Sunday targeted an imminent ISIS-K threat to the airport in Kabul, where officials have warned of additional attacks following a suicide bombing last week.

There were few initial details about the incident, as well as the rocket that struck a neighbourhood just northwest of the airport, reportedly killing a child.

It was the second known airstrike against ISIS-K terrorists since a suicide bomber on Thursday killed 13 U.S. service members and more than 169 Afghans near a gate to the Kabul airport.

President Joe Biden was to meet Sunday at Dover Air Force Base with the families of U.S. service members killed in the attack.

The U.S. Embassy in Kabul had warned of a "specific credible threat" and urged those hoping to evacuate to leave the airport. President Joe Biden said Saturday the Kabul airport was "highly likely" to be the target of another attack before the Aug. 31 withdrawal deadline.

Taliban spokesperson Zabihullah Mujahid said in a message to journalists that Sunday's strike targeted the bomber as he drove a vehicle loaded with explosives.

U.S. military officials could not be immediately reached for comment.